entertainment /
DEDICATED TO HIS MOM 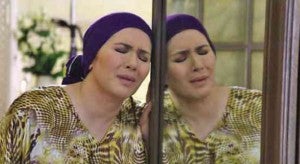 So it was a bit of a downer that he and the other New Wave section winners did not get to deliver acceptance speeches in the awards show due to time constraints.

“I understood that the highlight of the awards night was the mainstream section,” he told the Inquirer. “But it would have been a great opportunity to introduce the New Wave movies to the public.”

It would have also helped in promoting the films—particularly “M,” which opened in cinemas yesterday.

Dulay had to turn to Facebook to express his gratitude.

He is especially proud of the special jury prize awarded to “M,” which was also graded A by the Cinema Evaluation Board.

“It’s a big deal for someone like me, who is new to the industry,” he said. “I know how difficult it is to tell a story on screen.   The award made me feel that our efforts were valued and vindicated.”

“M,” about a hotshot lawyer stricken with pancreatic cancer, hit close to home. At the time he was writing the script, his mother was hospitalized in his home province, Isabela. “I had interviewed cancer patients, but Inang’s illness was my main inspiration,” he recalled. “I based some of the scenes on my mom’s experiences.”

His mother passed away due to chronic kidney disease on Jan. 16 last year, only days before the start of the shoot. “I am not sure if I was in the right frame of mind that time,” Dulay recounted. “I had difficulty striking the right balance of emotions on the set. Even if the scene was supposed to be light, it still came out sentimental.”

Thankful to his cast

For this reason and more, he was thankful to the cast, led by Padilla. “I asked for two different versions of each scene from Zsa Zsa,” he related. “I kept doubting myself, but she willingly 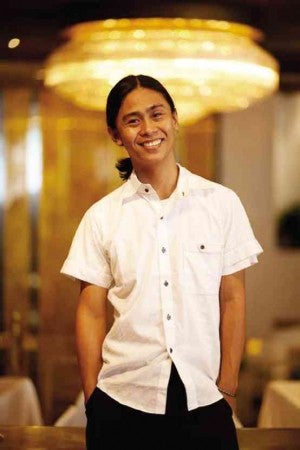 Zig Dulay based the script of his latest film on his mom’s experiences. photo: ZIG DULAY’S FACEBOOK

Dulay was initially daunted by the prospect of working with Padilla. “I used to watch her TV shows and movies,” he volunteered. “I’ve looked up to her since I saw ‘Batang PX.’”

Working closely with Padilla validated the neophyte director’s admiration. “On the first day, she approached me and said I could tell her what I wanted to achieve in each scene and she would try her best to do it.”

He was also in awe of show biz veteran Sevilla, who left him speechless after each take. “She has a strong screen presence.”

The indie filmmaker already had an easy rapport with Nico Antonio (who plays Padilla’s gay son). They previously worked together in Lawrence Fajardo’s “Posas” and “The Strangers,” where Dulay was assistant director.

“Nico is a natural and can exceed a director’s expectations,” he said. “I really felt he was Joven.”

In the end, “M” focuses on a mother and son’s journey of discovering each other, the director said.

Dulay, who wrote acclaimed Cinemalaya films like “Ekstra” and “Posas,” explained: “It is possible for a son not to know who his mother is—even though he came from her and grew up with her … even if he loves her deeply. He will very likely discover who she was only after her death. We take our parents for granted. Still, our mothers understand us.”

“M” was shown at the Bogota (Colombia) and Hawaii fests last year and will be screened at the Cleveland fest in March.

Again, the theme is a mother’s love.

“It is about the great lengths a mom would go to, to protect her child who is accused of stealing a gold watch,” he said.