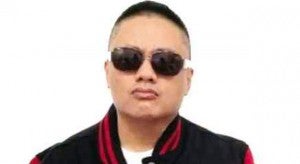 Andrew E, one of the most influential local rappers in the 1990s, along with the late Francis Magalona, is thrilled about the resurgence of hip-hop music in the mainstream. He sees a bit of himself in some of the artists today.

“I feel happy seeing people who share my dreams become successful, too,” he told the Inquirer during his recent launch as the new endorser of Exped Socks, for which he composed a jingle. “Like myself, years ago, I dreamed of making it in the industry and helping my family. I applaud them.”

The seasoned rapper, who rose to fame after releasing his hit debut single “Humanap Ka ng Panget” in 1990, noted that hip-hop artists today have become bolder and aren’t afraid to tackle more “radical” topics. “It’s great to see that more rappers now have the guts to rap about what’s really in their hearts,” he said.

Asked how the music has changed from his heyday, Andrew E observed that the sound hasn’t changed that much, except that hip-hop artists are now incorporating more instruments into their work.

“Back then, songs were mostly built around electronic drums. Now we see more people using guitars or fusing hip-hop with rock,” Andrew E, whose real name is Andrew Ford Espiritu, pointed out.

In Andrew E’s case, one thing has remained constant about his work: His penchant for using cheeky, fun lyrics and double entendres. His new album, for instance, is titled “Singhutin Mo, Baby (Listening Party).”

“I can say that it’s my expertise, something I’ve mastered,” he said. “Recall is always important, and such wordplay instantly piques the curiosity of listeners.”

The album—his first in four years—is produced by his own label Dongalo Wreckords, with the help of Exped’s William Tan. The 10-track album is a mix of originals and club remixes of Andrew E’s previous hits. It also includes the jingle he recorded for his new socks endorsement.

“Half of it has a more club vibe, while the other half is more pang-masa (for the masses). That way, I can reach a wider audience,” said the rapper, who’s also on the roster of the Fusion music festival slated on Jan. 30 at the SM Mall of Asia concert grounds.

The music event likewise features Sarah Geronimo, Bamboo, Rico Blanco and Noel Cabangon, among others. “I think it’s a great venue to introduce my music to younger people,” he said. “The challenge is capturing and holding the audience’s attention,” he said.