Iya Villania bares she was virgin before wedding | Inquirer Entertainment

Iya Villania bares she was virgin before wedding 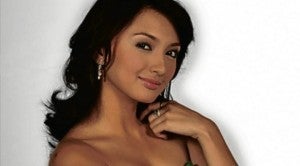 “I do believe in that,” Villania said during a press conference on Tuesday for a brand she was endorsing, according to an article posted on Philippine Entertainment Portal.

Speaking in defense of friend Nikki Gil who had a similar view on the issue of virginity, Villania said this should not be an issue since we live in a Catholic country where premarital sex is frowned upon.

Villania said, however, that practicing it doesn’t make one less of a person.

“I don’t look down (on) other girls who practice it,” she said.

“It doesn’t make (them) less of a person. Kanya-kanya namang values ’yan eh (We each have our own set of values),” the actress said.

“That was how I confirmed he loved me,” Villania said in Filipino. “He was very patient.”

Villania has returned to GMA network where she began her show biz career after being a longtime talent of ABS-CBN, joining Arellano.