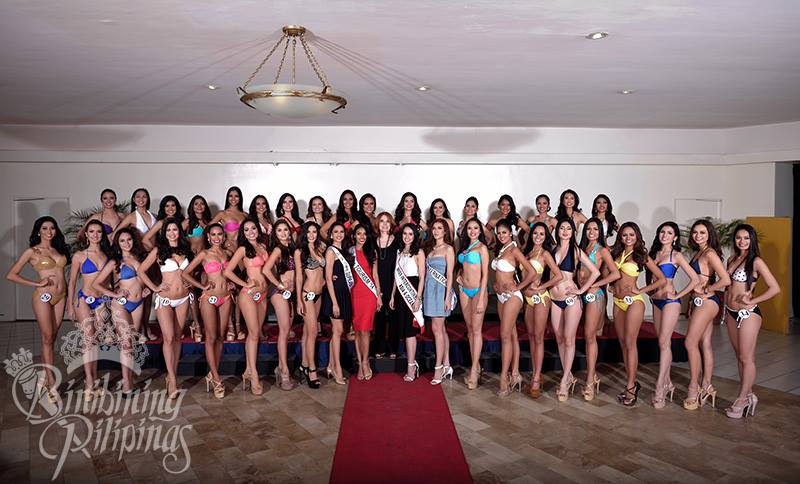 The list of the 34 official candidates in random order is as follows:

Some returning hopefuls and familiar faces are coming back to the stage to try their luck in this year’s pageant.

2013 first runner-up Pia Wurtzbach is staging a comeback to the beauty tilt after making it to the top 15 last year.

2014 second runner-up Hannah Ruth Sison, also one of this year’s candidates, joined the pageant in 2013 but did not make it to the top 15.

Janicel Lubina, who joined the Miss World Philippines in 2013 and won 1st Princess to Miss World 2013 Megan Young, is a contender in this year’s pageant as well.

Meanwhile, Wynwyn Marquez, daughter of actors Joey Marquez and Alma Moreno, is also one of the beauty queen hopefuls this year.

She is the niece of 1979 Miss International Melanie Marquez.

Read Next
Spiced up new trailer of ‘Fifty Shades of Grey’ bared
EDITORS' PICK
SSS: Members on home quarantine due to COVID-19 can apply for sickness benefit
Mobile COVID-19 vaccination for commuters, transport workers set at PITX
PH to send 584 athletes, 161 officials to Vietnam SEA Games
Gear up and get ready to play with Yamaha Mio Gear
Kalinga, Ifugao, Mt. Province, N. Samar will be under Alert Level 4 from Jan 21-31
Acer starts the year off strong with the Aspire Vero National Geographic Edition
MOST READ
Imelda Marcos trends on Twitter after octogenarian jailed for allegedly stealing mangoes
Mayor Vico counters vice mayor: ‘Did I say anything about his family?’
PH 51st on list of world’s most powerful militaries
‘Unbelievable!’ Pacquiao hits DA’s plan to import 60,000 MT of fish
Don't miss out on the latest news and information.