Megahit K-pop stars to return in 2015 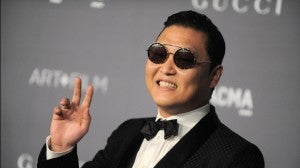 A host of K-pop idol groups, both old and new, is gearing up to make a comeback, raising hopes of fresh energy in the K-pop scene early this year.
One of the long-awaited acts is K-pop sensation EXO, which proved its elevated stature across Asia by nabbing several year-end music awards at home and abroad last year.

The 10-member group plans to release a new album in the first half of this year, with the exact date yet to be confirmed.

EXO’s return marks a fresh start as the boy band had a rough year in 2014 with two Chinese members leaving the originally 12-member group.

Kris and Luhan, who signed with SM Entertainment in 2010, filed lawsuits against the nation’s largest agency last year, citing what they called unfair treatment and exploitation of human rights.

Members of Big Bang, another megahit group, plan to wrap up their individual activities and return with a new release.

“We are working on a new album. Our comeback has been delayed because we want to bring you good music, but we are not ready yet,” Big Bang leader G-Dragon said in an interview last November.

“I realized that I just chased after a win. Next year, I will not bet on one song. I will just focus on music now,” Psy said at a year-end concert.

Riding high on the back of the retro sounds that swept Korea in 2014, veteran boy band Shinhwa will release its 12th studio album in February, nearly two years after it put out “The Classic.”

Formed in 1998, the six-member band has remained together for nearly two decades, a rare case for a second-generation idol group here. Most of the idol groups that led the K-pop boom in the early 2000s have disbanded.

Meanwhile, some idol group members are readying for their solo debuts.

Jonghyun, a member of the boy band SHINee, will release his first solo EP, “BASE,” and idol-turned-actor Jung Yong-hwa will also drop a solo album this month.