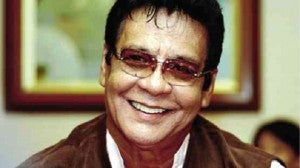 POE. The soul of self-effacement, despite his superstar status

After A pre-Christmas dinner last Dec. 21 for relatives and “mga kapatid sa labas,” we were so full that we just wanted to sleep the sleep of the just.

—But, not so fast, we forced ourselves to stay awake to catch ABS-CBN’s docu on FPJ, on the 10th anniversary of his death. We’re glad we did, because the full-length docu and tribute to “Da King” was full of movie clips, interviews and reminiscences from his friends, colleagues and loved ones that gave viewers a well-rounded estimation of the iconic personage and star, as the people who really knew and experienced him.

His wife, Susan Roces, set the frank and uninhibited tone when she forthrightly declared, “People believe that Ronnie’s best friend was Erap—but, correction please, I was my husband’s best friend!”

Chiming in, daughter Grace also candidly shared anecdotes about Ronnie as a father.

The docu recalled that he ran for, and some people believe, won as president but was prevented from assuming office by “tactical” cheating at the polls—“Hello, Garci,” and all that.

That controversial recollection has been made all the more ironic of late by daughter Grace’s own spurt in the VP and presidential “straw vote” count. —Which in turn could end up in her becoming president, and thus vindicating his foiled attempt, more than a decade later!

Less portentous but with similar emotive impact were the anecdotes and vignettes contributed by FPJ’s coworkers and employees, who vouched for his scrupulously “hidden” generosity, his insistence that crew and extras be treated as well as everybody else on shoots, and his being the soul of self-effacement, despite his superstar status.

We paid particular attention to the reminiscences of Susan Tagle, FPJ’s right hand at his film studio, because he trusted her implicitly and she knew most everything about him from first-hand experience and intimate sharing.

It was Susan who was charged with the tragic task of reporting her personal hero’s death to the world, and she broke viewers’ hearts when she shared that the burden was made all the more onerous for her by the fact that she didn’t even have the time to weep and grieve, because “there were so many details related to his wake and burial to immediately attend to!”

The documentary was a most helpful viewing experience for younger film buffs, who know very little about FPJ’s early days—the fact that his father had died from rabies after being bitten by a puppy in the 1950s, which forced FPJ to become the family’s breadwinner by assuming his dad’s thespic mantle when he was only 16 years old (in the introductory film starrer, “Anak ni Palaris”).

Also helpfully recalled was how FPJ and Joseph Estrada waged “war” against the Big Four syndicate that harassed movie stars in the ’60s, and how Erap and FPJ were among the first stars to turn producers, thus helping to pave the way for the local movie industry’s first “indie” revolution.

Due to these and other important recollections and reminders, the FPJ docu should be telecast again, perhaps at an earlier hour, so more people can benefit from it. Even better, ABS-CBN should put it on DVD, so FPJ buffs can add it to their video libraries.