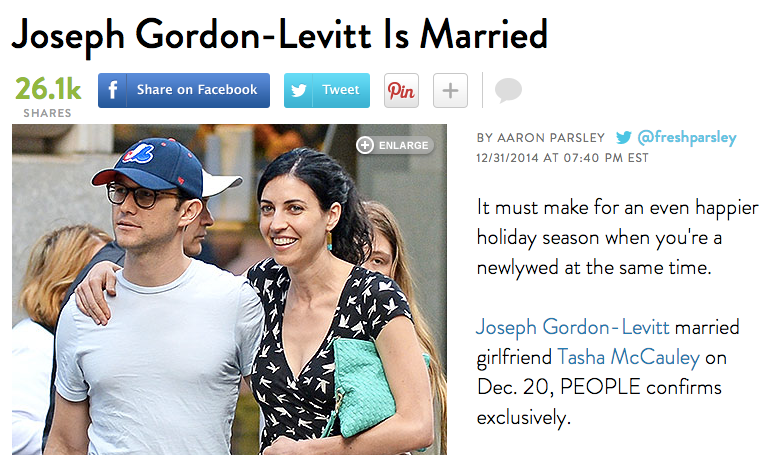 Gordon-Levitt, who is popularly known as the lead actor in the film “500 Days of Summer,” told People.com that he exchanged vows with his girlfriend Tasha McCauley at their home.

McCauley is the founder and CEO of a robotics company based in Silicon Valley, California.

Netizens on social media, mostly women, shared the news with heavy hearts. Many posted about their hopes being crushed since the actor is now officially “off the market.”