Most fascinating interviews of 2014

LOS ANGELES—From Meryl Streep quipping that it was easier to transform her into an ugly witch than into a beautiful one, to Angelina Jolie saying she is not allowed to even occasionally lose faith in humanity; from Eddie Redmayne and Benedict Cumberbatch discussing how they turned in some of the year’s best performances, to Ava DuVernay recalling what inspired her to transform from an inner city girl to a Golden Globe history-making filmmaker—we had the privilege and honor of interviewing some very interesting personalities in the year that just passed.

They gave fascinating interviews, sharing more than sound bites, some even breaking into song, as did singers Patti Smith and Jose Feliciano. They made 2014 memorable for what they said—and did—during our interviews. 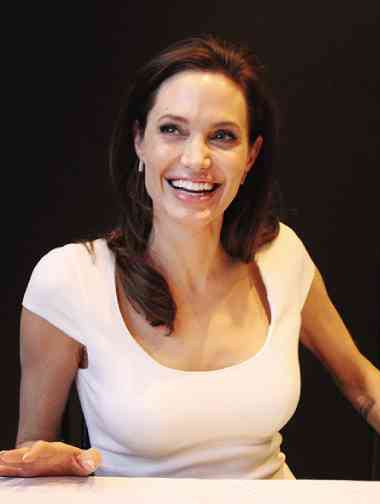 Asked whether she (occasionally) loses faith in humanity, Angelina, admired for her humanitarian efforts, said, “I once asked Jane Goodall that. She said, ‘You’re not allowed to lose faith. You’re not allowed to lose hope on behalf of all people who are suffering around the world. How dare you even consider it?’ At times I feel overwhelmed but we can’t just [lose faith in humanity]. That is why stories are important—we are inspired again to fight another day.

“When I spend time with refugees and victims of rape, I’m always astounded by their strength, resilience and ability to love beyond their pain and abuse. You realize that what we face is little in comparison. That’s what I saw in Louis (Zamperini, subject of her film, ‘Unbroken’).” 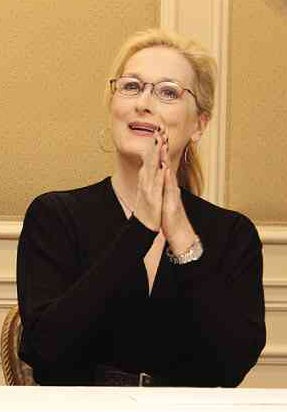 As to how long it took to transform her into The Witch in “Into the Woods,” Meryl, ever candid and spirited, quipped, “It took much longer to be the beautiful witch because he (Peter Swords, makeup and hair designer) didn’t even have to comb the other witch’s hair. He just went and got coffee. But when I was going to be a beautiful witch, he was feverishly working.”

On hanging upside down from a tree in one scene, the multi-awarded thespian admitted, “That was terrifying. It doesn’t even look scary but it was really hard (laughs) because you have to literally hang. Your knees are holding you up. I could do that when I was 10. But my God, there’s a lot more weight on your ligaments. I was afraid I’d fall but it was fun.” 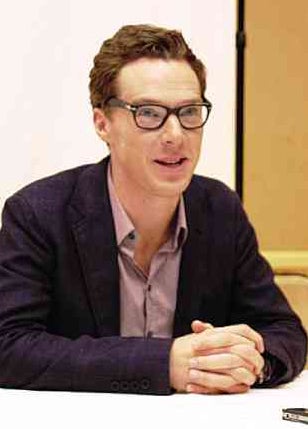 On the buzz that he and Eddie Redmayne, terrific as Stephen Hawking in “The Theory of Everything,” will duke it out this awards season, Benedict, equally good in “The Imitation Game,” said: “It’s not a rivalry. It’s friendship. People can whip it up as much as they like and we will just stand back and laugh. I will be the first person on my feet if he wins any of the prizes that he will rightfully be nominated for.

“…I know, because of how much integrity he has, and how extraordinary he has been in every piece of work that I have seen him in, that it will be a masterful moment in cinema history. So I will be front and center screaming, applauding, and delighting in, any accolade thrown his way.”

Ava DuVernay, who recently made history as the first black woman to earn a Golden Globe Awards nomination for best director for “Selma,” on the figurative crossing of the bridge in her life (the reenactment of “Bloody Sunday” in 1965 when armed officers attacked civil rights demonstrators crossing the Edmund Pettus Bridge in Alabama is a crucial scene in her movie):

“For me, my bridge-crossing is getting out of thinking in a small, limited way as a young girl from Compton. You know, Compton is an inner city. As a young black girl in Compton, I never saw anyone making films, especially women. So the idea that one can see more for themselves than anything they’ve ever seen before—that really captured my imagination.

“I see that with Oprah (Winfrey) as a young girl from Mississippi. So I always just imagined girls from all over the world or people with brown skin from all over the world, whether it’s the Philippines, Sri Lanka, Brazil or Africa—seeing something they’ve never seen before—people making films, taking control of their images… that was a bridge for me to cross because I never saw it. So I hope I can be that bridge for other people.”

The iconic godmother of punk, poet and visual artist on Pope Francis: “I did meet the Pope twice. He’s the true people’s Pope. He dresses more humbly than any other Pope. He doesn’t sit in a big, costly throne. He has a simple white chair. He loves to escape all of the protocol, run down the steps and talk to the people in the audience, which always upsets the security.”

Patti, who was raised as a Jehovah’s Witness, also said of the Pontiff who’s visiting the Philippines on Jan. 15 to 19, “He’s trying to make certain sweeping reforms. This is very difficult and complicated, just as it is for a president in a government. He’s trying to reform the Church by example. I like him. I am not Catholic but that doesn’t matter. I am not a Tibetan Buddhist but I like the Dalai Lama, too. I always pay attention to our world and spiritual leaders and see what kind of impact they are making on our world.” 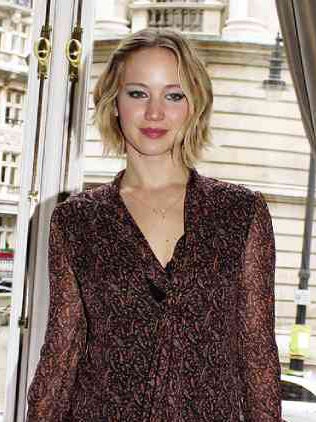 “I don’t want to change but people need to stop being such a******s,” Jennifer Lawrence declared when asked if she remains genuine and unaffected amid all that she has experienced (including the nude photo-hacking scandal).

“Sometimes it’s frustrating; there can be so much backlash for just saying something silly,” added Jennifer. “It’s confusing because everybody’s like, ‘Don’t change!’ But then you yourself are saying, ‘Don’t say that!’ I understand why it is difficult not to change—the entire world around you changes.”

On how their dynamics as a couple (whose latest collaboration, “Interstellar,” is a worldwide hit) have evolved over the years:

Emma: (Laughs.) “We love working together—obviously, with Jonah (Nolan, Chris’ screenwriter brother) as well—in a large part because, when you are working with somebody whom you are tied to beyond by blood or marriage, there’s a lack of agenda. Or as Chris once said, I (Emma) have an agenda. He knows what it is. (Laughs.)”

Chris: “It’s fantastic working with people you have worked with a long time and have a high degree of trust in. Emma is always very objective, which is great… I consider Emma a very good gauge (from a moviegoer perspective)…

“I show her the film and ask, ‘Are you following the emotional threads?’ What’s wonderful about working with someone like Emma is that I get an honest opinion, good or bad, instantly. There are no politics to it.”

(E-mail the columnist at [email protected]. Follow him at http://twitter.com/nepalesruben.)