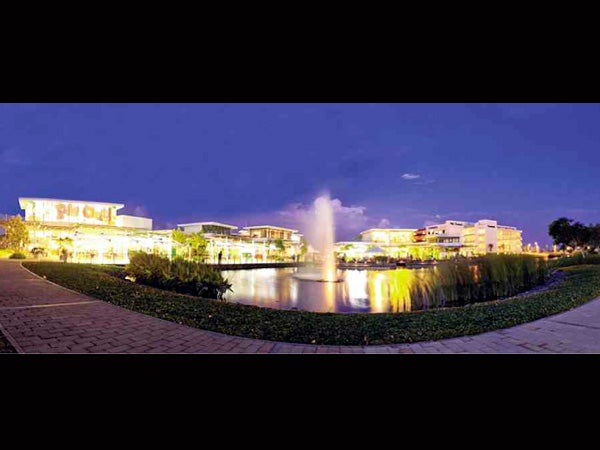 The first is “Home Alone,” the beloved comedy about eight-year old Kevin McCallister (played by Macaulay Culkin) who is accidentally left behind in their suburban home in Chicago as the rest of his family flies to France for vacation.

The boy ends up not only fending for himself but also warding off two not-so smart burglars (Joe Pesci and Daniel Stern). “Home Alone” was a huge hit when it was released in 1990 and remains as one of the highest-grossing comedies of all time. It also established Macaulay as big child star of the 1990s.

To get over their ex-es, the two ladies exchange homes for the holiday break and eventually find new prospects; Jude Law and Jack Black portray their leading men. This film is written, directed and produced by Nancy Meyers who also made the popular romantic comedies “It’s Complicated” and “Something’s Gotta Give.”

“The Holiday” was also a success in the box-office and won in the 2007 Teen Choice Awards as Best Chick Flick.

The Nuvali Night Sky Cinema outdoor screening will start at 4 p.m. on December 27. Admission is free. For details and updates, please like Nuvali on Facebook.

ADVERTISEMENT
Read Next
Vice Ganda: Kris Aquino is a meddlesome stage mom
EDITORS' PICK
Notice of 2020 regular meeting of stockholders June 18, 2020
SM prepares for ‘safe malling’
Leveling up your ‘lutong bahay’ with the kitchen companion you never knew you needed
NBI, Immigration to join hunt for ‘underground’ medical clinics
2 Chinese nationals arrested in raid on another unlicensed COVID-19 hospital in Pampanga
P2.2 trillion in losses: Cost of COVID-19 impact on PH economy
MOST READ
NCR is ready for GCQ — Palace
Revillame tells Roque: ABS-CBN is in my heart despite being in rival network
LOOK: Robredo, Vico Sotto, check Community Mart ops in Pasig
Año: Quarantine passes not needed in GCQ, movement restricted to essential travel
Don't miss out on the latest news and information.