Someone is not in a joyous mood, even in this season of glad tidings.

Temperamental Artist (TA) didn’t like how things were unfolding on the set of a recent project and went berserk, throwing and kicking things like a rampaging beast. Colleagues were stumped.

Then, storming out of the room, TA shrieked: “How dare all of you?! Don’t you know who I am?” Unfortunately, most of the people in the room didn’t.

Apparently, TA had forgotten about WF’s past generosity.

She is much too young to undergo drastic, invasive cosmetic surgery. Really.

Famous Starlet (FS) would no doubt say, “It’s just makeup; I didn’t have a noselift.”

Hello?! Old shows and photographs will reveal that FS looked completely different in her youth.

She once appeared in a project directed by Esteemed Artist (EA). Straight-shooting Assistant (SA) had to remind EA that he had worked with FS in the past.

“That’s because her nose was much bigger then,” SA quipped.

Hot Cutie (HC) underwent a major makeover, too. His nose is less crooked than before.

HC used to look like a two-bit gigolo (he was discovered in a reality show). But after hooking up with wealthy benefactors, he was able to afford trips to the dermatologist and plastic surgeon, who transformed him into a more expensive-looking… uh, two-bit gigolo.

Popular Hunk underwent similar procedures and insists that having his teeth fixed resulted in a slimmer, more aquiline nose.

Handsome Celeb (HC) and Popular Girlfriend (PG) were having an interview recently. As usual, HC and PG tried to look gooey-sweet for the camera.

When HC leaned over to kiss his sweetheart, PG pulled away. She was smiling radiantly, but her body language betrayed her.

Is this relationship just a sham?

Could it be because HC is smitten with similarly Glib Personality, while PG is involved with Influential Insider?

Coworkers often gossip about Perky Star (PS), who can be a notorious penny-pincher, bordering on the irrational.

Turns out, PS’ Bubbly Sibling (BS) is just as thrifty. The two would borrow clothes and accessories from each other.

On the set of a program, a staffer was shocked to catch BS wearing the same dress that PS had just worn in another show.

Did BS have the garment dry-cleaned before wearing it, or after? Or is she too frugal for that? 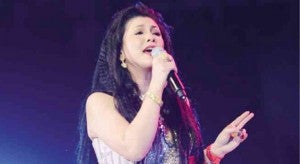 Mark Bautista, also on his love life: “I’m single and so ready to mingle, especially dito sa London. I’m looking forward to having some time for myself. Right now, Sunday is my only day off.” (Dapat lang. Enjoy!)

Regine Velasquez on having a good relationship with her husband Ogie Alcasid’s ex-wife Michelle van Eimeren: “Michelle now loves me more than she loves Ogie! She spoils me and my son Nate.” (Hurrah for the new normal!)

Regine, asked if she and Ogie are planning on a new baby: “I really can’t ask for anything more. Pero kung ibibigay, why not?” (Indeed.)

Dingdong Dantes, asked if he and Marian Rivera will have a prenup agreement: “Hindi pa namin napaguusapan ’yan… It’s a delicate matter. Bilang Pilipino, we’re shy to talk about 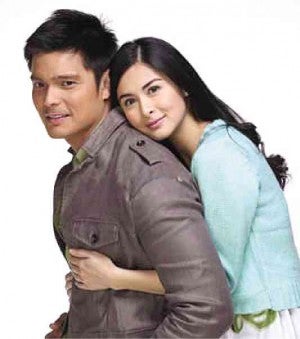 Dingdong Dantes and Marian Rivera haven’t talked about a prenup yet.

James Reid on rumors that he’s dating Kim Chiu’s sister, Twinkle: “We’re friends. I’m not dating anyone at all.” (Fine.)

Iñigo Pascual, asked if he’s in favor of his dad Piolo dating much younger women: “I’m 17, and if he gets a girlfriend who’s 20, I’m not going to be comfortable with that. I don’t want a stepmom who’s 20!” (We’re staying away from this one, for the boy’s sake.)

Richard Yap, asked how he makes up for lost time with his kids: “Pag wala akong trabaho, I spend the whole day with them or we go out of town or out of the country… I try to be the best dad I can be.” (Know that these efforts never go to waste.)

Matteo Guidicelli, asked to rate himself as an actor: “I’m learning. I’ve been taking workshops and reading books.” (You were asked to rate, not read.)

JC Intal on his favorite part of his and Bianca Gonzalez’s wedding: “The first time I saw her in the wedding gown. Pinipigilan ko talagang umiyak n’un. Sobrang ganda niya.” (Aww.)