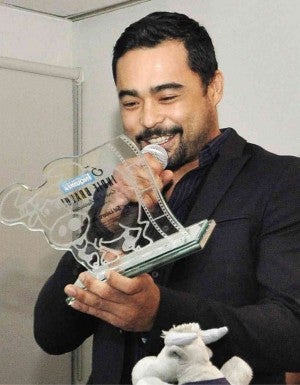 SID LUCERO says it’s an honor to be honored by countrymen. RICHARD REYES

The 5th Indie Bravo! tribute rolled out Thursday with production values that could only be described as, well, “indie.”

Sen. Grace Poe, staunch indie supporter and the annual event’s “prom queen,” noticed that the stage backdrop was wrinkled—like it had been used repeatedly.

It was. “You just the changed the number,” Poe jested—to which Inquirer president and CEO Alexandra Prieto-Romualdez retorted: “We’re eco-friendly! We recycle!”

The senator said it took her two hours to get from Quezon City to the Inquirer offices in Makati. She wasn’t the only victim of heavy traffic.

Honoree Baby Ruth Villarama and husband Chuck Gutierrez left Baguio at 10 a.m. and arrived in Makati just in time for the ceremony, at 6:30 p.m. 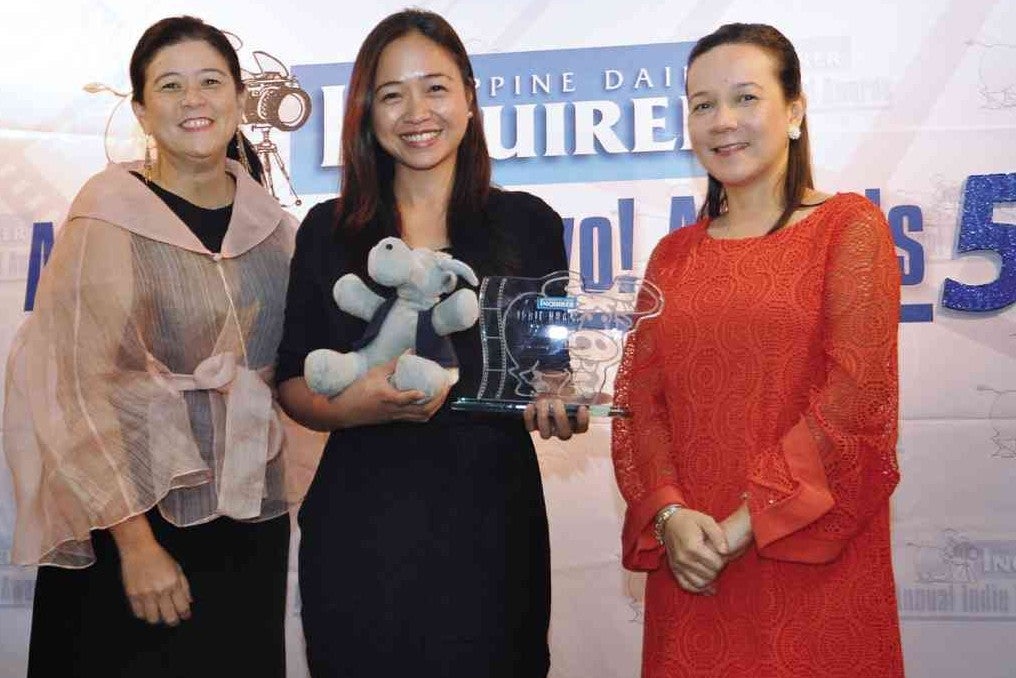 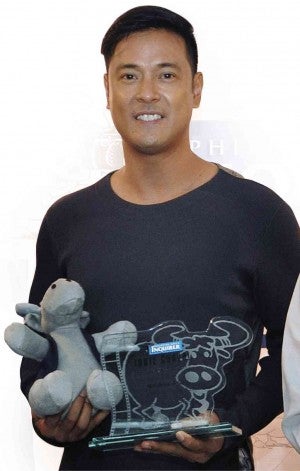 Honoree Ramon Prado Mappala (“TNT”) flew in from New York to attend the event, with costar Perry Escaño. Steering clear of the traffic, Mappala rode a bicycle from his Makati flat. Actor Abe Pagtama, representing honorees Mikhail Red and Ronnie Quizon (both of “Rekorder”), flew in from Los Angeles.

Musician Noel Cabangon, a very early bird, turned up an hour ahead of the 6 p.m. call time. Cabangon, president of Filipino Society of Composers, Authors and Publishers Inc. was also the last performer.

As usual, the gathering was held at the PDI multipurpose hall, which becomes smaller each year as the number of honorees steadily grows. The room was bursting at the seams, with enthusiasm and goodwill as much as with talent.

Pat on the back

Alvin Yapan likened the citation (his second) to a pat on a back. Actually, the honorees got more than that: They bumped fists, cheered, hooted and applauded each one’s achievement. 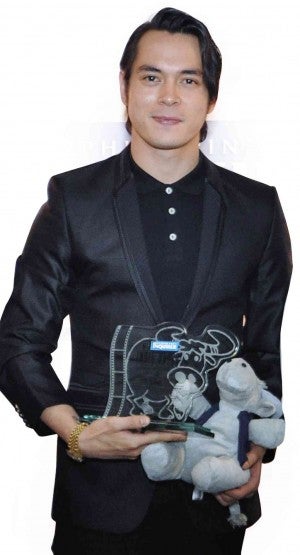 Honoree Carlo Obispo related that traveling abroad for his film “Purok 7” made him more nationalistic. “In festivals abroad, we all identify ourselves, whichever province we come from, as filmmakers from the Philippines.”

Veteran Maryo J. de los Reyes approved, telling his young colleagues: “When you go abroad, be proud that you are Filipinos.”

Joel Lamangan said his dream was “for the labels indie and mainstream to cease existing, and for all our films to be [tagged] Philippine cinema.”

Paul Soriano was with longtime girlfriend Toni Gonzaga, whom he jestingly called “my producer.”

Sid Lucero escorted proud mom, Bing Pimentel, who took a lot of photos of her son.

In his acceptance speech, Lucero said winning abroad was a hoot, but that it was more heartwarming to be “honored by honorable people in your own country.” He added, “And I mean every word of that, from the bottom of my heart.” 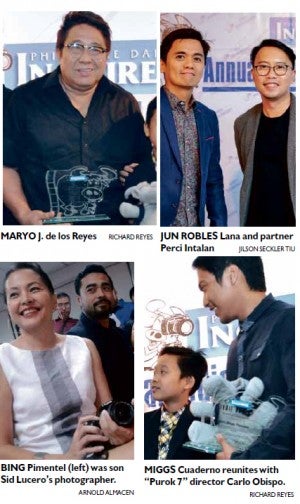 On Thursday, it was Gonzaga who made the 16-year-old giddy. The teen confessed that she wanted to work with everyone in the room. “If you’re doing a project, I’m just here.”

Jun Robles Lana has earned numerous international awards for his films. But perhaps his most interesting win so far is from Pyongyang, where “Bwakaw” bagged the Best Screenplay trophy. “I didn’t go,” he cracked. “I might not be allowed to go back home.”

Quezon City Mayor Herbert Bautista, chairman of the QC Film Development Commission, was limping from an ankle injury, but that did not stop him from mingling.

The program ran for four hours. Despite some misadventures, everyone apparently had a blast. A good number of the attendees stayed to the very end of the party, including Lucero, Cuenca and Allen Dizon (“Magkakabaung”); and adolescents Malvar, Talag, Barbara Miguel and Miggs Cuaderno, though it was past their bed time.

A few milled around, in fact, until the recycled tarps were taken down. 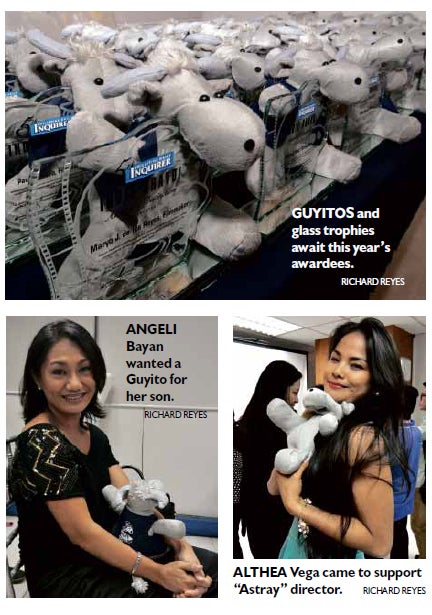 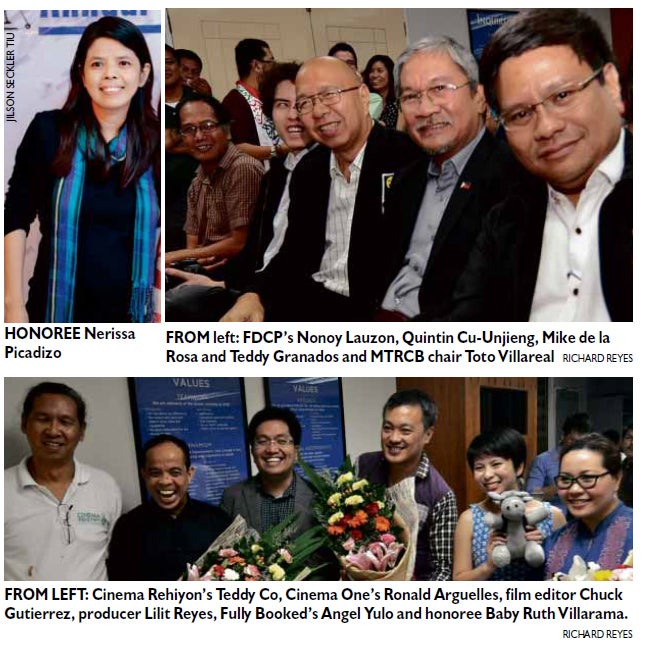