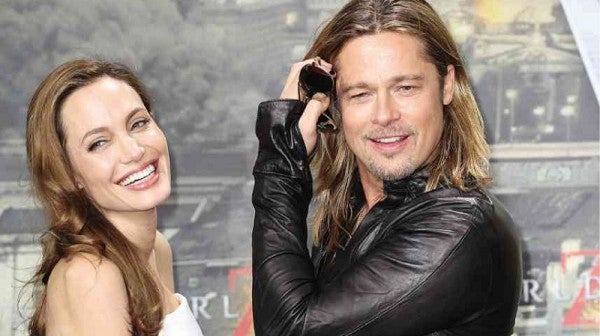 JOLIE AND PITT. The actress missed the media events for ‘Unbroken,’ which she directed, after she caught chicken pox. Photo from www.closermag.fr

LOS ANGELES, United States – Hollywood queen Angelina Jolie said she will miss upcoming press events for her film “Unbroken” because she’s come down with a rather unglamorous illness: chicken pox.

A red-spotted Jolie appeared in a short YouTube video Friday to tell her fans that she will stay home after being diagnosed with the viral infection, which causes itchy spots all over the body and is most common among children.

“I just wanted to be clear and honest about why I will be missing the ‘Unbroken’ events in the next few days, which is that I found out last night that I have chicken pox,” said the 39-year-old actress.

“I will be home itching and missing everyone, and I can’t believe it,” she said with a laugh, adding: “but such is life.”

By Saturday, the video had fetched more than a million views.

Jolie directed the World War II epic “Unbroken” about Louis Zamperini, who competed in the 5,000-meter race at the 1936 Olympics in Berlin before becoming a bombardier in World War II.

The film — set to be released in the United States on Christmas Day — was snubbed at this week’s Golden Globe announcements, which are considered a preview for the Academy Awards.

Jolie is married to actor-filmmaker Brad Pitt and they have six children together.

It was unclear whether anyone else in the family was infected with chicken pox.

Angelina Jolie says ready to give up acting—report