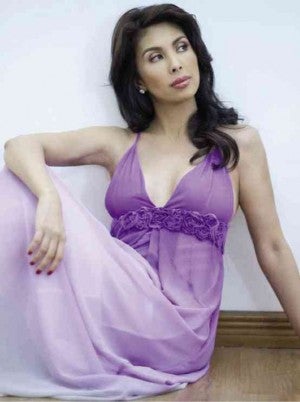 It’s tough to completely leave the world she grew up in, says Pops.

While she misses performing onstage and hosting a television show every so often, singer Pops Fernandez said she’s enjoying working behind the scenes as a concert producer and entrepreneur.

“Fans always ask me via Instagram to come back and sing. And I do love singing— I’m very grateful I chose that career path. It’s just that, right now, I want to thrive in a different field that’s still show biz-related,” she told the Inquirer in a recent interview.

“It’s tough to completely leave the world you grew up in. So I’m in the same industry, but just on the other side. There’s a lot of comfort in mingling with the same crowd,” she added.

Pops recently revived and took over her mother Dulce Lukban’s company, DSL Events and Production House, which mounted many of the recording artist’s concerts at Folk Arts Theater, Araneta Coliseum and Ultra back in the day.

So far, Pops has bankrolled shows for such musicians and celebs as Toni Gonzaga, Aiza Seguerra, John “Sweet” Lapus and BB Gandanghari.

“The work is completely different and requires a different set of skills. And I’m really enjoying it because I get to be creative and apply my interest in business,” related Pops.

She hopes to continue producing concerts next year. Asked if she has thought about bringing foreign acts to the country, Pops said she would like to focus on the local artists. “We have a lot of talented people here. Why look anywhere else?” said the 47-year-old celeb.

Now that she’s leading life at a more leisurely pace, the singer-host related that she can now indulge in what she calls “Pops days” once in a while.

“I started in show biz really early, so I had very little time for myself. I was never a teenager,” she quipped. “I have more time to relax now. I’ve learned how to take vacations.”

Pops as a teenager vowed to “experience life” when she could. “There was so much pressure on me back then. All I did was work and work. And during the few times I didn’t have work,” she said, “I wondered why I wasn’t busy.”

But more importantly, Pops has more time now for her two children with ex-husband Martin Nievera, Ram and Robin. “I appreciate my free days because I get to spend them with the boys. I get to travel and see places,” she related.

Meanwhile, asked if the idea of getting married again still crosses her mind, Pops said: “Very rarely… I just want to end up with someone I can grow old with and have great conversations with.”

She doesn’t see herself making a show biz comeback any time soon, but Pops made an exception for tonight’s “Penthouse Live Reunion” concert, which she is producing and performing in, too. Joining her in the show at the Philippine International Convention Center’s Plenary Hall are her former cohost, Martin, and Nanette Inventor as Doña Buding.

“I made sure to push through with this project because this was two years in the making,” she said, adding that “Penthouse Live!”—a popular 1980s musical variety show in GMA 7—was an important part of her career.

“The show brings back a lot of great memories. I miss the concept. I never knew that I could host until ‘Penthouse Live!’ came,” Pops recalled. “I learned from, as much as I feared, director Fritz Ynfante.”

Rock artist Bamboo will sing Christmas tunes as well as his radio hits on Dec. 14, 8 p.m. at Resorts World Manila’s Newport Performing Arts Theater. He will be joined by Caren Tevanny of rock band General Luna. Visit www.rwmanila.com or call 9088833.

‘Beauty and the Beast’

The hit Broadway musical that drew record audiences will be staged in Manila in January 2015.

The timeless story of love goes onstage from Jan. 9 to 25, 2015, at the Main Theater (Nicanor Abelardo Hall) of the Cultural Center of the Philippines.

Disney Theatrical Productions, NETworks andBroadway Entertainment Group are collaborating with Ovation Productions in bringing the beloved musical to the country.

Tickets are are available at TicketWorld outlets (8919999) and online at www.ticketworld.com.ph, www.beautyandthebeast.com.ph and www.Facebook.com/beautyandbeastph.

Read Next
Storytelling picks up speed, tempo on ‘The Gift Giver’
EDITORS' PICK
EuroMillions Superdraw: A lottery draw unlike any other is coming to the Philippines
‘Justice will be done,’ Duterte assures as he vowed probe on Jolo incident to bare ‘truth’
Water remains our saving grace right now
Smart releases Hyun Bin’s second TVC
Current dominant strain of COVID-19 more infectious than original—study
DOLE: Return of OFWs’ remains from Saudi to be ‘delayed,’ deadline moved to ‘early next week’
MOST READ
Locsin warns of ‘severest response’ if China’s army drills in SCS ‘spill over’ to PH domain
Duterte tells military: No other president looked at you the way I did
BREAKING: Duterte signs anti-terror bill into law
Go apologizes for 5-on-5 game; PBA summons Japeth, ROS rookie
Don't miss out on the latest news and information.