Thrill is not gone for Jolina, Marvin | Inquirer Entertainment

Thrill is not gone for Jolina, Marvin 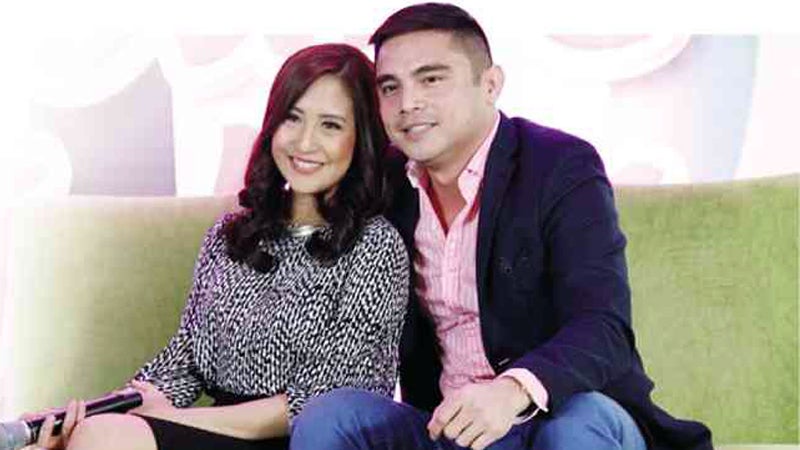 Jolina Magdangal, who is reviving her onscreen partnership with Marvin Agustin via the new drama series “Flordeliza,” said the task was made easier because her husband Mark Escueta was a fan of the 1990s love tandem.

Jolina said Mark had no problem with her love scene with Marvin. “He knows the story and what was expected of me. He is very supportive. He understands my work,” Jolina told the press.

Marvin said: “Mark was there on our first shooting day. He even took a photo of Jolina and I together.”

Mark is a member of the pop-rock band Rivermaya.

Jolina said doing the bed scene was a breeze. “I was comfortable because I did it with Marvin. I’m glad our love team has leveled up,” she added. “But we don’t want the love scene to be the focus. The show is so much more than that sequence. It tells a heartwarming story.”

Marvin and Jolina were last seen together on the big screen in the movie “Hey Babe” (1999) and on television in the romantic comedy series “Labs Ko Si Babe,” which aired from 1999 to 2000.

“Flordeliza” is a family drama that follows the intertwined lives of two young girls, Flor (to be played by Ashley Sarmiento) and Liza (Rhed Bustamante). Production began in November.

What advice do you give younger love teams?

Jolina Magdangal: They don’t have to be sweethearts in real life in order for their tandem to work. They should learn to appreciate each other. They should protect their partnership. They should help each other succeed.

Marvin Agustin: There’s magic in our tandem. We’ve not worked with each other in a while, but we’ve remained good friends. We try to enjoy each other’s company. We don’t force things. That’s why the love team works.

What did you miss the most about working with each other?

JM: It was Marvin’s playfulness on the set. I’ve worked with other actors, but he’s the most playful. He makes everyone laugh.

What changes do you see in each other?

MA: Nothing much. We’re professional actors. Off-cam, we’re still the same. Jolina is a lot sexier now, even though she already has a child. She’s blooming. She’s really happy.

What was the reaction to the revival of your love team on social media?

MA: We knew that a lot of people would be happy with the news, but we didn’t expect the fans to be excited. I was surprised with their reaction after I tweeted about it.

I didn’t reveal Jolina’s identity at first, but a lot of people guessed it was her. Our fans have remained loyal through the years.

How did you manage to remain friends?

JM: We don’t see each other and send text messages that often, but we know that we’re there for each other. When we meet up, we reminisce and laugh at our silly stories. We have a unique relationship.

Why didn’t you attend Jolina’s wedding?

MA: She invited me, but I decided not to go because I didn’t want to draw attention to my presence. It was a special time for two people who are very much in love.