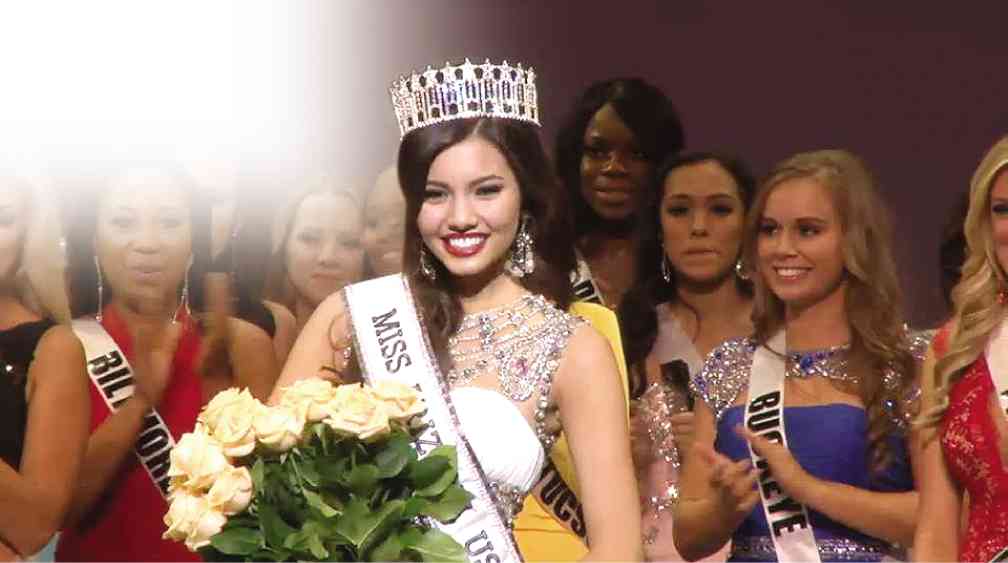 She may have been bitten by the “pageant bug” when she came to her mother’s homeland to try her luck in a beauty contest last year, according to Filipino-American Maureen Montagne.

She subsequently joined another tilt in her father’s home state one year later and emerged victorious.

Montagne, who was first runner-up in the 2013 Mutya ng Pilipinas pageant, was proclaimed Miss Arizona USA in ceremonies held on Nov. 23, becoming the state’s representative to the 2015 Miss USA pageant.

Montagne represented the Filipino community of Arizona in the Mutya ng Pilipinas pageant.

If Montagne wins the Miss USA title, she will represent the United States in the prestigious Miss Universe competition.

The 21-year-old Montagne, who took interdisciplinary studies at Arizona State University, was a “diamond in the rough” when she set foot in the Philippines for the Mutya pageant last year, said the pageant’s national search committee head, fashion designer Renee Salud.

“She barely had any pageant experience, compared to her competitors who were veterans of beauty contests. We needed to work on perfecting her walk,” Salud told the Philippine Daily Inquirer in a telephone interview.

Prior to her Mutya stint, Montagne finished fourth in the Miss Asia Arizona pageant. But those who edged her out of the Mutya titles were more experienced alumnae of several local and national contests in the Philippines.

“We are proud of her victory. That batch really had lovely winners,” Salud added. “Maureen’s triumph is also the victory of Mutya ng Pilipinas. This pageant molded her into a queen and equipped her with the pageant knowledge that put her where she is now.”

“I hope she will be the US’ representative to Miss Universe,” Salud said.

But if Montagne earns the USA sash for the Miss Universe pageant, she will not be the first Mutya queen to represent a different country in the said international competition.

Kirby Ann Basken, who bagged the Mutya title in 2006 when she represented the Filipino community of Norway, took part in the Miss Norway pageant in 2007 and earned the right to represent the Scandinavian country in the Miss Universe tilt.

Basken’s Mutya title gave her the opportunity to represent the Philippines in the 2006 Miss Intercontinental pageant, where she advanced to the semifinals. But she went home empty-handed as Miss Norway in the 2007 Miss Universe pageant, where she competed with Philippine representative Anna Theresa Licaros, who was voted Miss Photogenic; and Filipino-German Angelina Glass, who represented Germany.

Before winning Binibining Pilipinas, 2013 Miss Supranational Mutya Johanna Datul and 2013 Miss International Bea Rose Santiago tried their luck in the Mutya ng Pilipinas pageant. Datul was a semifinalist in the 2012 Mutya tilt, while Santiago was Mutya-Overseas Communities in 2011.