As in prior incarnations, this revived character faces off with supernatural entities, although Ryan certainly looks more like the comics version than Reeves did in the movie. It is, however, tamer compared to the source series, in terms of tone and themes. In any case, John Constantine is now a steadfast practitioner and protector, occasionally simmering in guilt over a failed mission.

The first three episodes are like “Supernatural” meets “The Fades” in terms of mythology and storytelling beats. There is a bigger arc building up in the background—involving the magical beings that Constantine encounters—that will take center stage in time, no doubt.

Character-wise, Constantine is considered a loose cannon whose impulsive behavior has led to major mistakes, considered by some of his colleagues a danger to himself and others.

But he is attempting to rectify his failures, and nevertheless works closely with staunch allies like the seemingly impervious Chas (Chad Halford) and the psychic artist Zed (Angelica Celaya). The bad boy-wizard’s road to redemption is interesting, clearly, but the fact that he has an intriguing personality is a good hook.

“Constantine,” like ongoing DC shows “Flash,” “Gotham” and “Arrow,” is introducing characters and objects from the comics that will expand its universe. It definitely should, as the source titles are concept-rich and interesting to translate for the medium. 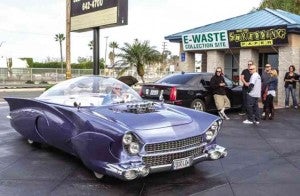 The show does, however, get grating from time to time due to some pacing problems, resulting in predictability and monotony. The cases Constantine tackles can be needlessly lengthy.

One detail that fans of the comic are lamenting is the “de-gaying” of the character, as Constantine was bisexual in the print series.

As a TV show, it has the requisite effects-enhanced confrontations, regular fisticuffs and some gore—aside from the initial self-contained, character-building stories. It has the potential to stand out in the fantasy-horror genre, but it must learn from the aforementioned shows to offer something different and bolder.

Danny “The Count” Koker and his team at Count’s Kustoms are in for another challenging season of “Counting Cars,” which begins tomorrow at 9 p.m. 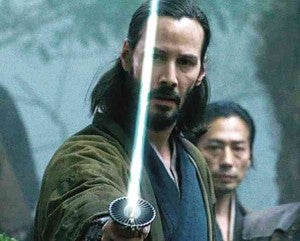 When storage lockers get abandoned in Long Beach, California, a charismatic group of buyers sets out for a cash-only auction based only on a brief peek of the items found inside.

The fourth season of “Storage Wars” will air on Dec. 9 and subsequent Tuesdays at 9 p.m.