Young filmmakers on a roll 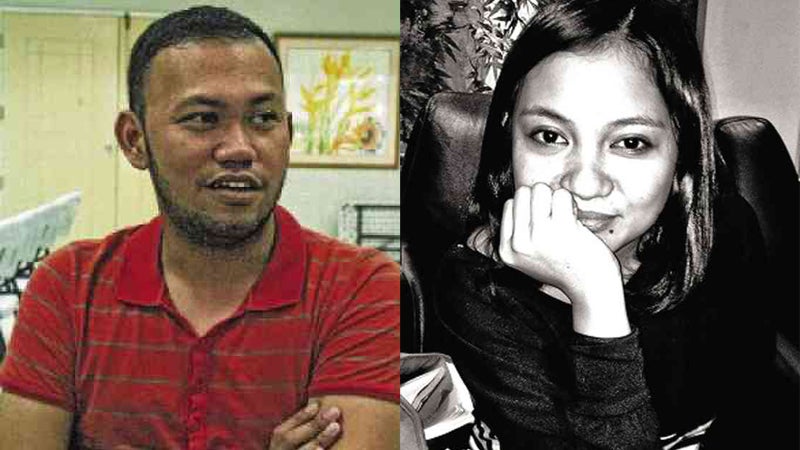 ALIX AND JADAONE. Consistent and substantial body of work.

Many new directors try their luck on the maindie and indie film scenes these days, but only a few manage to chalk up a consistent and substantial body of work.

That slim list is topped by Adolf Alix Jr., who has made more than 20 feature films in less than 10 years, not to mention many TV series and drama specials.

These days, it looks like Adolf directs three or even more movies per year—on the local film scene, that’s downright prolific!

Aside from talent, Adolf appears to have an unusual knack for finding financing for his many projects, and we wish that other aspiring filmmakers would learn from his productive and effective example.

If they do so, many more movies would be produced and screened, and we would all be the richer for it. After all, a good movie script is only a theoretical treasure—and pleasure—if it’s unproduced due to lack of backers, right?

One of the movies we’ve been urging (perhaps nagging would be a better word) Adolf to do is “Sentensiyado,” a prize-winning script whose title protagonist Eddie Garcia should play before he retires (we’ve been separately nagging Eddie about this, too).

Last time, we touched base with Adolf, he gave us the good news that the long-delayed project might start shooting early next year. —It’s a really good script (by Michael Loanzon), so how wonderful for us all! (It goes to show that shameless nagging sometimes does pay off.)

Aside from Adolf, another busy young filmmaker these days is Antoinette Jadaone, who made her first feature only a few years ago, but has become this season’s most productive filmmaker by far, with three full-length movies released this year—“Beauty In A Bottle,” “Relaks, It’s Just Pag-ibig” and “That Thing Called Tadhana,” which recently premiered at the Cinema One film fest. Three full-length features in only a couple of months? Whatever Antoinette is ingesting, we’d like to have some of it, too, please!

Even better, while the relatively new director is still trying to get her cinematic act and art together, all of her three movies are creditable productions.

It’s also interesting to see that she appears to have a penchant for good (meaning organic and actually funny) comedy, unlike other “racketeers” whose idea of screen “comedy” is to merely string together 75 different gags, sight gags, punchlines, green and brown jokes, borrowed or stolen gags, humor ad hominem and ad baculum (slapstick) and hope that five of them will actually make viewers laugh instead of moan and groan!

On the other hand, we evince a tendency on Jadaone’s part to go for facile, crowd-pleasing, teen and/or shallow screen fun which could quickly make her very popular with producers and viewers, but could also paint her into an ever-narrowing corner or cul de sac of “ingratiating” direction.

We could be wrong, but this could ultimately turn out to be a too comfy arrangement with ever diminishing returns. So if the young director genuinely aspires to being and doing more than that, she should make herself more aware of the cushy pitfalls and unending series of compromises involved.

Yes, by all means, pay the piper but make sure that you’re still playing your own tune!