Chris Pine’s singing is one of ‘Into the Woods’’ surprises 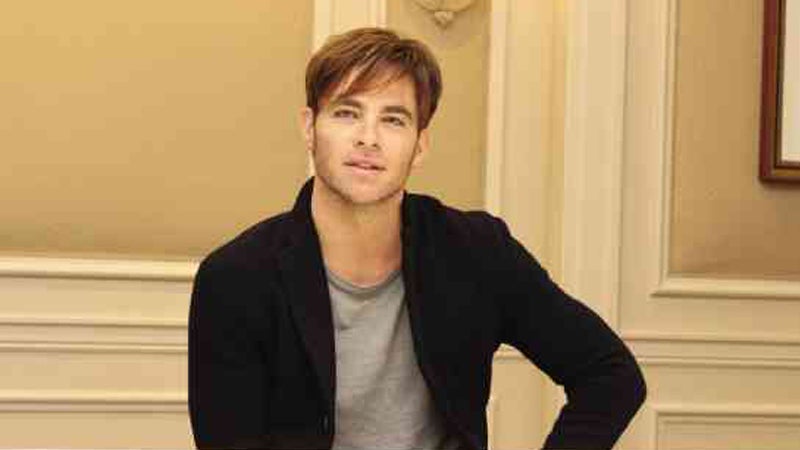 LOS ANGELES—One of the nice surprises of Rob Marshall’s “Into the Woods” is not that Chris Pine sings, but he sings rather well. Playing Cinderella’s vain Prince, Chris shows he’s got real singing talent, especially in “Agony,” a funny, intentionally over-the-top duet with Billy Magnussen, Rapunzel’s Prince.

In this recent interview at the Waldorf Astoria Hotel, Chris looked boyish with his hair styled with bangs, navy jacket, gray tee and jeans. Excerpts from our interview:

Was filming the “Agony” duet with Billy Magnussen (Rapunzel’s Prince) agonistic at all?

Credit to Rob and John DeLuca (producer and choreographer) for picking a location that equaled the drama and heightened the state of things in that tremendously self-involved song. It was stunning. We were in Windsor Park, the Queen’s backyard, and we are singing this ridiculous song. What I love about this song is that these men are ostensibly singing about the pain that they feel, because they can’t win the love of their beloved.

Yet, it has really nothing to do with the women at all. It’s just this crazy competition between brothers as to who can emote more. Billy and I enjoyed the fact that our roles in the film were the levity for all the emotional work that all these other fantastic actors are doing. We were there to be ridiculous and buffoonish. We had a great time doing it.

A lot of the choreography was by John and it’s like a bad hair metal band ’80s music video meets the cover of a romance novel.

Were you comfortable singing?

We prerecorded, so we had already done a lot of the heavy lifting.

Rob Marshall said that when you sang Frank Sinatra’s “Fly Me to the Moon,” he knew within the first few notes that you can sing very well. Have you always loved Sinatra’s songs?

I have always loved Sinatra. I think he’s the bee’s knees. I don’t know where to start. I got his album from his Reprise years, when I was a kid. I learned every single song and ended up singing them all the time. Sinatra, Miles Davis and John Coltrane—those were my music idols when I was growing up. And Prince—those are the artists that appealed to me.

What frame of mind did you put yourself in to act and pose differently?

I wanted to do a full English Prince. But, Rob didn’t want me to do English. So, I was like, OK, it’s like Cary Grant/Clark Gable, dropped R’s, transatlantic kind of deal. And, he’s balletic. He knows people are watching him, so every moment is thought out. There’s a bit of Will Ferrell in there, just a bit of the man who thinks he’s so great, but he’s actually an idiot, very much like Ron Burgundy, a little bit of Elvis with the hair.

I didn’t really think about it. I saw this guy like someone from a romance novel, speaking very low and intensely. It was a lot of fun. The Prince made me laugh, so whatever made me laugh, I thought was a good idea. So, I went with that. The horseback riding was helpful, because you naturally have to have a good posture. A horse is very strong and very chest forward, so different things helped me,

Do you feel like the Prince, who feels famous?

You look at Meryl Streep and there’s substance there. She’s a celebrity but that’s so not even her deal. There’s a lot happening. The other aspect of that is tricky because it feels really good. People want to take pictures of you and recognize you. As a social creature, you are like, oh people like me; this is good. But, at a certain point, it becomes a poison. It does bad things to us, like a drug.

You were raised in a family of actors. Were you taught to be sincere and charming, unlike the Prince who says the line, “I was born to be charming but not sincere”?

Yeah, very much so. I was definitely raised to know how to work socially, shake hands and look people in the eye. All that stuff is the social lubricant for civilization. But, I was also thankfully raised in an environment that stressed the unique individual, what the unique individual is about, what he wants, what he’s interested in, what kind of questions intrigue him. So, I was fortunate to have a balance of both!