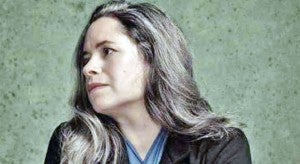 Natalie Merchant’s recently released self-titled album (under Nonesuch Records) shows that the ex-10,000 Maniacs vocalist-lyricist has lost none of her introspection or penchant for scathing commentary, over a decade since she wrote all-original material.

The US artist’s last album under Elektra, “Motherland,” was released in 2001, and had songs she penned. She went indie in 2003, interpreting old folk songs via the album “The House Carpenter’s Daughter.” Later, she put mostly obscure nursery rhymes to music for the double album “Leave Your Sleep” in 2010.

It’s a welcome return; this year, her ’90s pop-rock contemporaries Sarah McLachlan, Sinead O’Connor and Tori Amos also released new, worthwhile material. The mini-revival of the Lilith Fair-era’s empowered, expressive songstresses couldn’t have come at a better time for those who’ve been missing their distinct artistry in the current soundscape.

“Natalie Merchant,” an 11-track album showcasing the now 51-year-old singer-songwriter’s warm vocals and insightful, if often dour, lyrics, is worth the wait—it’s got surprises for old Merchant fans and just might give new listeners a moody, heady experience.

“Giving Up Everything” is a string-accompanied ballad that speaks of surrendering “the master plan, the scheming.”

The upbeat, Gospel-tinged “Go Down, Moses,” meanwhile, is about a lonely survivor of Hurricane “Katrina.”

But she sheds her doom-prophetess persona in “Lulu,” a sweet, light recounting of silent film actress Louise Brooks’ life.

One of the more universal songs, “Ladybird,” is about failing relationships. She croons: “You know the sweetest wine/it’s a witches’ brew/pours like honey down and burns a hole in you.”

Her way with words is intact, yes, and even pointedly demonizes a certain ex-US president in the thinly veiled “Texas”: “Papa says I’m a golden child/and the whole world’s gonna fall at my feet.”

“Natalie Merchant” is mature and melodic, if oft-morose. But that’s to be expected; Merchant was similarly serious—mostly!—in her 1995 debut “Tigerlily,” but became extra-playful in 1998’s “Ophelia.” Musically, this album feels and sounds a bit like the latter and “Leave Your Sleep,” but with heavier, more uncompromising lyrics.