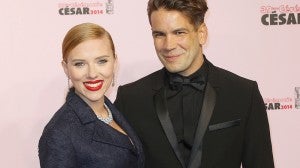 Johansson — best known for her roles in “Lost in Translation”, “The Avengers” and a string of Woody Allen films — married Dauriac, a French journalist, in Montana on October 1, People magazine reported.

The couple has a daughter, Rose.