Feistily funny ladies, all in a row 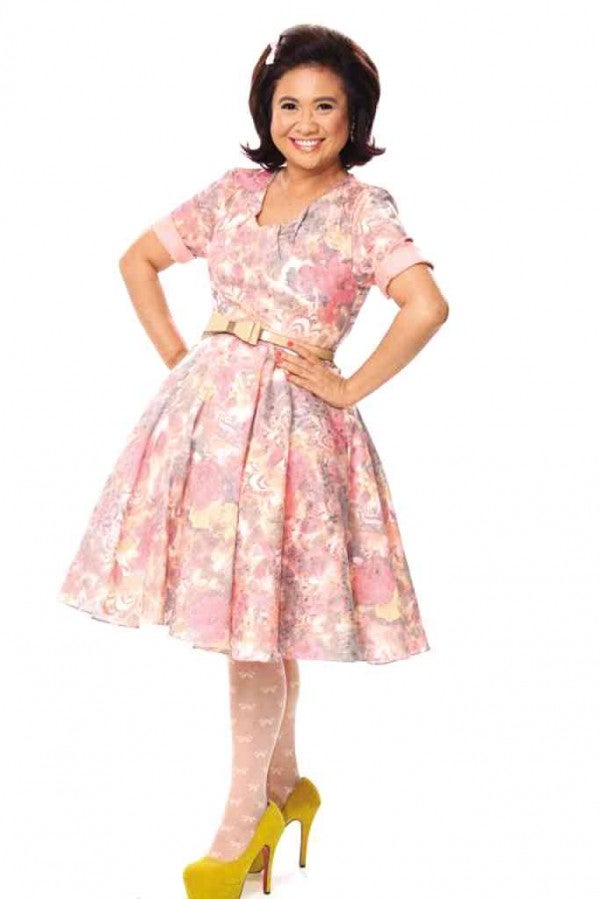 Our recent piece on Joan Rivers and her promising “successors” on the American comedy scene today dovetails into a companion survey of local female comedy lights. Who are the funniest Filipino women on the TV-film-stand-up scene these days?

In the past, Tessie Tomas was a top live-comedy and club draw, with big showcases like “Meldita” drawing SRO audiences. These days, however, “TT” has opted to focus on her career as a TV and teleserye actress, and is thus taking a breather from her pat “all-comedy” performing persona. Still, we hope that she will soon opt to tickle our funny bones again, for the simple reason that she’s really good at it!

Mitch Valdes is another veteran leading light on the live comedy scene, with her occasional “stand-up and sing” show series drawing crowds whenever they’re staged. Mitch’s advantage over the competition is that she isn’t just a funny lady, she’s also a great and gutsy singer, and a musical-theater star of superlative brio and acclaim. 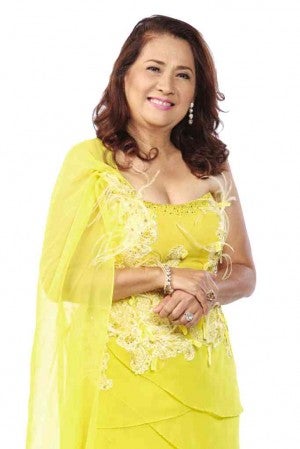 TESSIE Tomas should return to the live-comedy scene.

The inventor, of “Doña Buding” fame, still does live stand-up club acts, and has broadened her cast of spoof characters to include current newsmakers—and lawbreakers!

For her part, Ai-Ai de las Alas has become a reliable hitmaker on the big screen but her in-your-face comedic “attack” and raspy voice have been dissed for being too predictable and “pushed.” The same goes for Pokwang, who’s currently “between engagements”—possibly a signal for her to reevaluate her career’s thrust—and future prospects.

A relative newcomer to the stellar comedy scene is Eugene Domingo, who’s come up with her share of hit films, some of which have also been acclaimed and even award-winning productions.

The ability to combine popularity and quality is all too rare on the local scene, so the “theater-originated” star should be cited and credited for this. The only fly in her ointment is the fact that Eugene’s TV shows haven’t done as well as her movies and it could turn out to be productive for her to take the time to objectively figure out why. 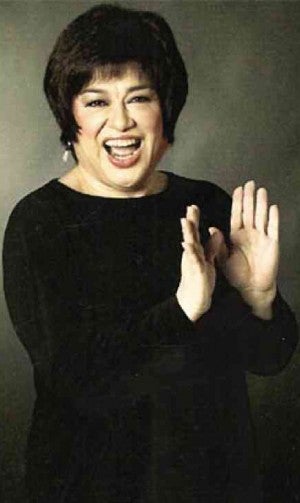 MITCH Valdes is a great and gutsy singer, too. PHOTO from opm.org.ph

As for the younger generation of local female comedy comers, Giselle Sanchez is more experienced than most, having started her career more than 10 years ago.

Even when we don’t see her on the local stage or screen, Giselle is kept busy by occasional foreign engagements. Still, we hope to see her doing a regular show on the local scene and screen soon, because her ebullient talent deserves an ongoing showcase.

Beverly Salviejo, who with Jograd de la Torre and Gigi Posadas, was discovered as a standout singer-comedian in “Magsimula Ka” more than 25 years ago, impresses because her performing career has remained active and even busy ever since then, with TV, film and live productions coming one after another.

Also busy, mostly on TV, is Rufa Mae Quinto, who epitomizes the unique “funny and sexy” mix of shticks currently being made popular again on US screens by the va-va-voom likes of Sofia Vergara. Her even younger counterparts are paced by Angelica Panganiban and Anne Curtis. Other singer-comedians include Cacai Bautista and Tuesday Vargas, who is making her own waves.

Nobody can afford to relax, however, because right behind them are literally dozens of other comic comers cutting their teeth on TV gag shows and live stand-up gigs—and we’re not even talking about their gay counterparts, and/or “facsimiles,” who are legion!