US soul singer says Filipinos have ‘right to sing the blues’

The show was over and they were still walking around, a hundred or so locals and expats, young and old, with stunned looks—not sure if they could leave or if they wanted to.

Members of Manila’s blues community lucky enough to witness what happened Friday last week hugged and fist-pumped, compared notes and blown minds, poured out superlatives for the guy responsible. If you love blues music as seriously as these guys, experiencing the genuine article up close and personal could be a life-altering event.

Curtis Salgado, a multi-awarded blues and soul artist from Oregon who has performed with Santana, Robert Cray and Stevie Ray Vaughan, quietly slipped into Manila for what was supposed to be a vacation. He had just done a concert tour of Micronesia when his friend and Manila guide Peter Kellogg asked if he wanted a look-see of what’s happening in nearby Manila. 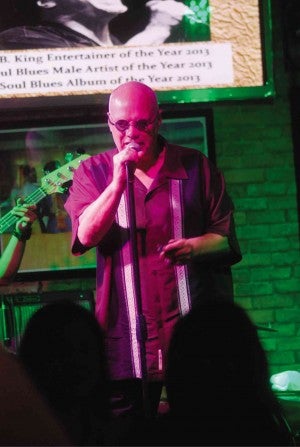 Over three nights prior, the two showed up at Strumm’s, 121 Allegro and the Roadhouse Manila Bay to watch three of Manila’s leading blues acts. Exactly as everyone hoped, Curtis took to the stage to jam on each of those nights. He played with the Memphis-bound Brat Pack at Strumm’s and the Ian Lofamia Band at 121 Allegro, but it was the last one, at the Roadhouse, with the Bleu Rascals, that stood out.

After the first set, Curtis and I found a quiet spot outside Roadhouse and sat on the curb to chat. Was he surprised with Manila’s live music scene? “Pleasantly,” he said, peering through smoked glasses. “Filipino musicians have a great reputation abroad. Among friends and music circles, we’ve always known [that] Filipinos are good musicians, playing in cruise ships or whatnot, doing Top 40 stuff. And of course, that great young man who sings for Journey—Arnel Pineda—what an amazing story. He could sing a phone book; I mean, anything. He’s got such a beautiful high-tenor voice.”

Curtis was just as amazed with what he saw throughout his break, just watching or playing with young blues musicians here, heaping praises on the Brat Pack keyboardist RJ Pineda, harmonica player and vocalist Lofamia and Bleu Rascals guitarist Paul Marney Leobrera, albeit with a few constructive tips.

“I saw this piano player—a killer. The guy was a monster player,” he said. “Everything was on 10-go solo. On 10! I realize you’ve got to put on a show, but you don’t want to throw it all away at the get-go. You’ve got to [lay down] your tricks a little bit at a time. Paul (Leobrera) can really play guitar but he needs to find his own voice, his own thing; otherwise people will see him as a Stevie Ray Vaughan clone. But the kid’s got skills. I like these guys; I’ll play with them anytime.”

Thinking aloud, Curtis proceeded, “I think it’s great that they’re doing the blues. Filipinos have the right to do the blues. Filipinos lived a very hard history; America cheated them, it’s embarrassing. It’s a hard people. I love you guys. You deserve to sing the blues as much as anybody. I know a little bit about the politics but even without reading anything, I know that Filipinos have been screwed over and I don’t like that. It is power and abuse of power. I think it’s a travesty, man’s inhumanity to man. America isn’t the golden child everybody thinks it is.” 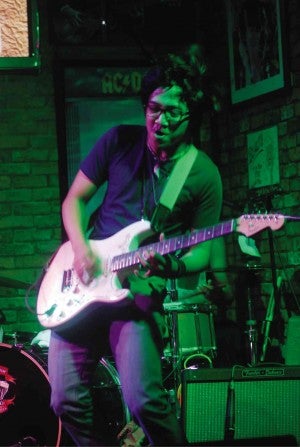 Curtis further explained, “The blues isn’t sad; it’s simply life and life experiences. It’s being around the block, meeting challenges and finding your way through them. It’s about being with loved ones, losing and [acquiring] family members, love lost, love gained and it all really comes with experience. The Filipino community has had that experience—yeah, 10 times!

And what are the chances of a Filipino band winning the International Blues Competition in Memphis? “I’m on your side,” Curtis declared in all seriousness. “I hope you win it. And you can quote me—I’ve seen some guys who’ve won in Memphis and I think it’s embarrassing. I don’t know who the judges were but they were wrong. I’ve seen other ones who are definitely on the money but there’s a handful who’ve won and—you’ve got to be kidding me. Let me put it this way—I’ve seen some good and some crap and I don’t think Paul, Jay and Oliver (Salaysay) are crap. They’re legit.”