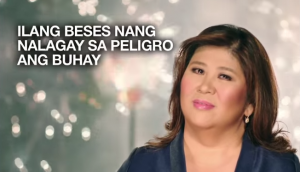 GMA NEWS TV’s “May Pag-asa” campaign is a collection of stories of hope that reveal little-known stories behind the success of its front-runners.

In the station and social media campaign, they relate personal struggles and how these fueled their triumphs. They also recount stories of some of their memorable news and documentary subjects, to serve as inspiration for others.