Performing is ‘In the Blood’ for music-loving Alejandros 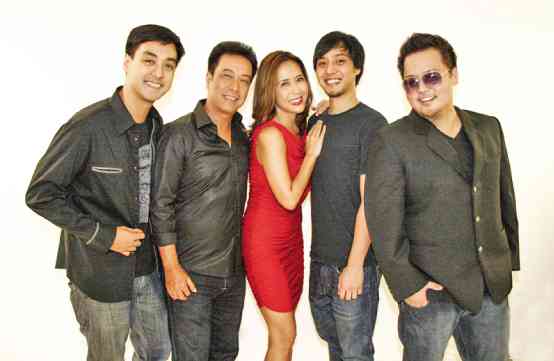 ALL IN the family (from left): Ali, Hajji, Rachel, Eddie and Nino Alejandro

Instead of a solo concert to celebrate her 25th year in the biz, singer Rachel Alejandro opted to hold one with her family “to give thanks and give credit where it’s due”—her Lola Nena, who taught her to sing and dance when she was a kid; father Hajji, her biggest inspiration and mentor; and cousin Nino, longtime songwriting partner and vocalist of Nino Alejandro and the Force (NATF) band.

“I wouldn’t have even started in the industry if not for my family,” said Rachel, who co-headlines the two-night show, “In the Blood,” tomorrow and on Nov. 29 at the Music Museum, with Hajji, Nino, brother and former Mojofly drummer Ali, and cousin Eddie, who fronts the alternative rock group Aspen Way.

Rachel has been playing various gigs with Hajji, but “In the Blood” is their first time to share the stage with the younger Alejandros. The singer-actress said the concert will be a showcase of her family’s musical talent and different styles.

“There’s no scientific proof to date that musical ability is genetic,” Rachel told the Inquirer recently. “It is love for music that is passed down from parent to child, generation to generation.”

Can you recall the first time you shared the stage with yourdad?

When I was 5, I played the lead in a school play, “Night Before Christmas,” at the Meralco Theater. My dad was cast as my father. I think that was the very first show we did together. I had a little “accident” on stage— let’s just say there was a small puddle of liquid around my gown. 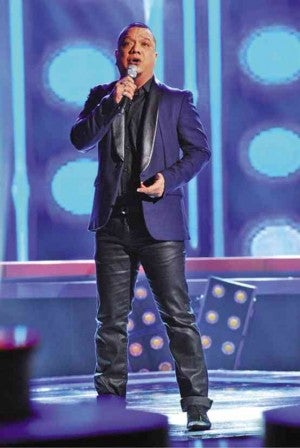 How instrumental was your father in your career accomplishments?

My dad gave me singing and tap dancing lessons himself; he was never too busy. When I started doing my own concerts, he would help draw up the repertoire and write my spiels. Talking to the audience used to terrify me. I owe most of my confidence as a performer today to having listened to all the pieces of advice he gave me.

What advice do you give Nino, Ali and Eddie? Do you learn from them, too?

My advice to them is to never stop being grateful for having the best job in the world. We get paid to have fun and do what we love.

I love watching them perform with their respective bands. Sometimes, they have gigs in Metro Manila bars almost every night. I salute them for being hardworking and dedicated to their craft. They never tire of learning new skills. My brother Ali also manages an art gallery (Nova Art), and now takes on video production projects.

Given that everyone seems to have his or her own musical style, how would the repertoire and collaborations look?

We will celebrate our [individual] influences in many of the numbers. But we will cross over to each other’s preferred genres. The boys will also play various instruments.

Bossa nova artist Sergio Mendes performs with his band for the “Sergio Mendes and Brasil 2014 Live in Manila!” tomorrow at the Smart Araneta Coliseum. There will be another concert on Nov. 16 at the Waterfront Cebu City Hotel. Former band vocalist Joe Pizzulo is the guest performer.

European acrobats and contortionists perform feats of agility, strength and coordination at Bar 360 nightly (except Wednesdays) at 9 p.m.

Vocal group Primo goes onstage with Verra to perform the multigenre act “PrimoVerra,” which plays classical and pop music on Fridays and Sundays.