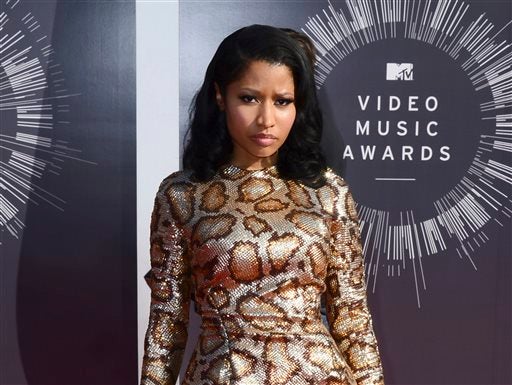 NEW YORK — Nicki Minaj is apologizing for a video that some feel uses Nazi imagery.

The rapper posted on Twitter on Tuesday that she didn’t create the concept for the lyric video for her song “Only.” She wrote: “(I) take full responsibility if it has offended anyone. I’d never condone Nazism in my art.”

The animated video, which debuted Friday, features a swarm of soldiers with red armbands featuring a logo that has been compared to a swastika. The logo also appears on Minaj’s chest in the clip.

The logo features the acronym “YM,” which stands for Young Money, the rap group featuring Minaj, Lil Wayne and Drake. Both rappers are featured on the song along with Chris Brown.

The video has more than 2 million views. Minaj also tweeted that the video’s producer and the “person in charge” of overseeing the video are both Jewish.

Minaj faced similar criticism earlier this year when she used of a photo of Malcolm X with a rifle in his hands and juxtaposed it with a racial slur for a song’s artwork.