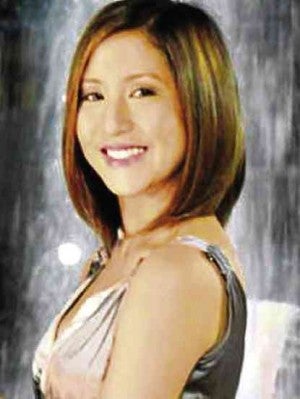 As the 2015 show biz season looms, some stars and starlets are taking a deep breath and opting to transfer studios, in the fond or desperate hope that their careers will thus be revived or further energized.

Most recently, Iya Villania has opted to move from ABS to GMA, and Jolina Magdangal has moved in the opposite direction. To her credit, Jolina has made it a point to thank GMA for its many years of nurturing and support.

When stars change studios, it’s presumed that their new mother stables promise a list of incentives to make the big move enticing and exciting.

On Jolina’s part, we trust that these will include a “reunion” project with Marvin Agustin, as well as a musical special in which the actress-singer-dancer will again be mentored by Leo Rialp. We still remember one of the fun productions they came up with a long time ago—that’s how good it was!

For his part, Aljur Abrenica has made the controversial declaration that he wants to abridge his tenure at GMA, to expand his horizons in terms of new roles and challenges.

This has thrown some observers for a loop, because GMA “made” Aljur by way of his “Machete” role, and has given him one TV project after another since his stellar launch. What more does Aljur want—and expect?—they wonder. And, what TV outfit could realistically offer him more perks, given his less than thrillingly versatile stellar make-up?

What about other stars and starlets who aren’t happy about their careers? Some of them are also sending out feelers to other studios, to see if anybody “bites”—or even just tentatively “nibbles.”

For most of them, however, our advice is to stay where they are, because exciting promises about career-energizing projects from other talent stables in the biz have all too often turned out to have been made—to be broken!

It would be far more productive for them to sit down with their current handlers and candidly ask why their careers are going nowhere fast. Quite often, their problems are their own fault, since they have blithely been taking their success for granted.

They have smugly or cluelessly been under the impression that their handlers will do everything for them. Wrong!

A show biz career is energized by the combined efforts of both talent and studio—so, if it’s going downhill fast, they have to share in the blame!