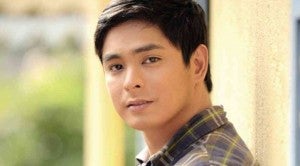 When “Ikaw Lamang” was revving up for its final week of telecasts, viewers were being primed for a big, boffo and truly mega-melodramatic, even “operatic” finale. When the final show was telecast last Oct. 24, however, it turned out to be less awesome than expected.

Basically, the final telecast was a mano-a-mano fight to the vindictive finish between the series’ main nemesis, played in maturity by Christopher de Leon, and the son of his fiercest foe, portrayed by Coco Martin.

There alone, the disparity between the two actors’ thespic intensity became all too immediately obvious, despite Coco’s extra effort to “level up” to Christopher’s evil “edge.”

Christopher may have acquired too many bad acting habits in the course of his long career, but his performance was still notches above Coco’s most earnest salvos.

Another distraction was provided by the fact that the concluding week’s developments were obviously canted in the subjective favor of the show’s good guys, with Christopher’s little army and other minions behaving in a pitifully clueless and ineffectual way, enabling Coco and company to run circles around them!

Even if its big-deal finale turned out to be a relative dud, however, “Ikaw Lamang” did score some plus points in the course of its extended storytelling.

The top gainers from their exposure on the series include Amy Austria, KC Concepcion and Joel Torre. With their relatively more focused and felt portrayals, they were able to charge their scenes on the show with believability and true, dramatic grit!