Glamorous Beauty’s Rabid Minion definitely crossed the line, spreading the scuttlebutt that the mother of Popular Stunner, GB’ s rival, had worked as a house help.

And what was the matter with that? PS’ supporters demanded. RM claimed that the only reason PS looks as good as she does is that her mom was knocked up by the boss.

Ooh, that is so below the belt.

It was like hitting two T-birds with one stone.

Recently spotted in public were Seasoned Thespian and Veteran Performer, who share a secret: Though they both raised families of their own, ST and VP are still deep inside the closet.

No, they are not Show Town’s latest same-sex couple; they are just friends. VP is linked with Non-Show biz Gay, who is also chummy with ST.

As they say, birds of a feather.

No leading lady can stand Gorgeous Hunk, who competes with both fellow heartthrobs and female partners.

Ex Screen Sweetheart had a hard time with the guy, who perhaps felt prettier than SS. Well, in all fairness, he was.

GH hooked up with Stunning Lass but the affair quickly ended. Was it because SL was more alluring? So they broke up, but GH couldn’t stop blabbing about SL. Vindictive as well!

Former Hunk is raring to return to the biz, although, greying and heavier, he is much less desirable than he used to be.

This must be the reason that he is no longer Gay Benefactor’s favorite. To his credit, FH didn’t stay idle when he was a kept man. He built an impressive resume, not to mention a small fortune, away from cameras.

Perky Starlet has lost not a few followers because of her petulant ways.

One day at the airport, PS was having a particularly bad time, when a fan screamed her name a little too enthusiastically. Alas, the giddy groupie had a thick Southern accent and mispronounced PS’ name.

At first, PS ignored it, but the admirer was persistent. Finally, PS glared at the clueless lady and pointedly corrected her. 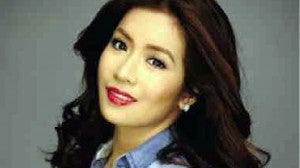 Jaya to mom Elizabeth Ramsey, who felt bad about her revelation that the latter once attempted suicide: “I apologize; hindi kita puwedeng sirain, nanay kita, mahal kita.” (Apologize again. It wasn’t your story to tell.) 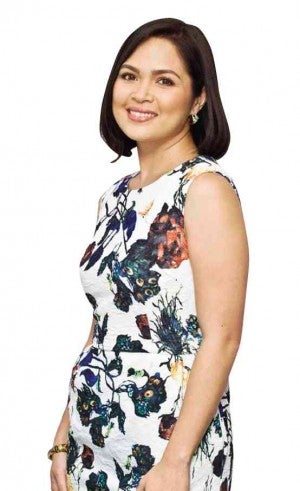 JUDY Ann Santos is working on a new season of her TV show, and on a new baby.

Juday on having a new baby: “We’re praying and trying. Kung mabubuntis, mabubuntis.” (Oh, just a new season of ABS-CBN’s “Bet on Your Baby.”)

Vice Ganda on Cherie Gil apologizing for being critical of him at the height of his tiff with Jessica Soho last year: “She didn’t have to apologize, ’di naman ako na-offend.” (Others were.) 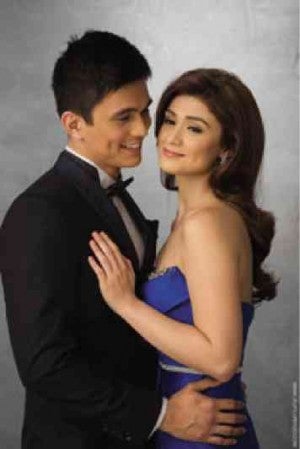 TOM AND CARLA: Unconfirmed BF has
met with dad.

Luis Manzano on talk that he will run for public office in 2016: “I’m not saying no. But based on what I have to do now … magiging one foot in show biz, one foot in politics.” (He’s not saying no, because that’s a yes.)

Anne Curtis on a news item that she and Erwan Heussaff are engaged: “My sister Jasmine called to ask why she didn’t know. I said that’s because it wasn’t true.’ (No comment.)