‘Hosting can be draining’ 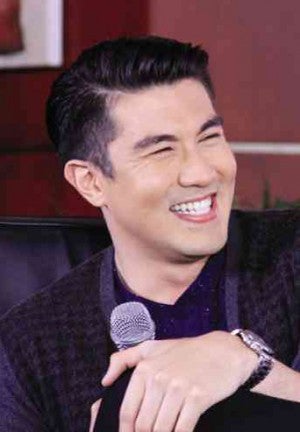 “The tongue also gets tired… sometimes, it doesn’t cooperate at all,” said Luis Manzano, a host of “The Voice of the Philippines,” which airs on ABS-CBN.

Luis, who’s been in the business for 11 years now, described hosting as a never-ending learning experience. “It’s not easy. You see actors cry and go through emotional stresses. Hosting can be mentally and physically draining,” he told the Inquirer.
Luis, Robi Domingo, and Toni and Alex Gonzaga will cohost the reality talent show’s second edition, which premieres tonight, Sunday.

Through the program, Luis said, he had met contestants from different walks of life. “After the success of Season 1 and ‘The Voice Kids,’ everyone felt encouraged to pursue their dream of performing. The members of this batch came prepared. They know that it’s not easy to make it to ‘The Voice.’”

The son of incumbent Batangas Governor Vilma Santos has admitted that he considered throwing his hat into the ring earlier. “If I run, it will probably be for a local position [in Batangas].”

He said he was grateful to people who support his mom, who is among the Top 20 personalities included in the recent Pulse Asia survey on the Filipinos’ senatorial preferences for 2016.

“My mom didn’t dream of a higher office when she was mayor but the people wanted her to run for governor. That meant the people trusted her—a reaction that’s rare for Filipino politicians,” Luis pointed out. “More often, if a politician runs for mayor, he is already pinning his hopes on becoming a senator or a vice president. Hence the tendency for him to neglect his local position. My mom focused on her local position and didn’t aspire for anything higher,” said Luis, refusing to elaborate on Santos’ plans for 2016. 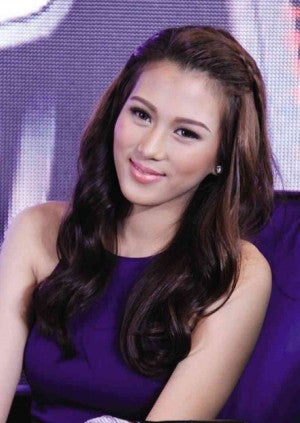 He addressed the question of tying the knot with girlfriend, actress Angel Locsin. He pointed out that, while they were discussing plans for a future together, a wedding proposal wasn’t happening any time soon.

“I refuse to feel pressured because of all the engagement announcements happening in show biz this year,” he said. “I want ours to be as natural as possible. No external factor will force me to propose to Angel. If I do, it will not be because of anything else but my love for her.”

“The Voice of the Philippines” features apl.d.ap, Sarah Geronimo, Bamboo Mañalac and Lea Salonga as coaches.