“Esprit De Corps,” a Cinema One entry set during martial law that follows two student cadets and their senior officer in the Reserved Officers’ Training Corps (ROTC), is notable not only because it is based on the first play director Kanakan-Balintagos (“Ang Pagdadalaga ni Maximo Oliveros”) wrote at age 17, but also because it casts exciting young comers, Sandino Martin (as Private Abel), Lharby Policarpio (as Private Cain) and JC Santos (as Maj. Mac Favila), in crucial roles.

The director shares, “Set during the Marcos dictatorship in the ’80s (when military training was compulsory to students), the film is a corruption-seduction drama that takes place in the last few weeks of the ROTC training of Cain and Abel, who aspires for the position of Major Mac. Will they do anything and everything to get the position they aspire for?” 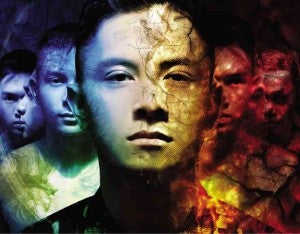 “ESPRIT DE CORPS.” Everything isn’t what it seems. ADRIAN GONZALES

What’s significant about the movie? Kanakan explains, “There’s been a disturbing proliferation of the ‘Marcos as hero’ myth going around in cyberspace. This generation has no idea what it was like growing up at the time when Marcos and his military ruled with absolute power.

“There was a sense of false security and no freedom, and the media was full of lies. It wasn’t uncommon for people who fought for what they believed in to disappear or get killed. We need to remember what it was like living in those dangerous times. The film is a microcosm of that period—its story happens in an exclusive school for boys, where everything isn’t what it seems!”

We asked Sandino, JC and Lharby what they found most challenging about their respective roles. Sandino (“Dagitab”) says, “I opened myself up to the role and its possibilities. I like Abel, because he fights for what he believes in!”

For JC, “finding” the character of Major Mac was a complex balancing act because, as he explains, “I could relate to his steely determination, but his aggressiveness was something else. Preparing for the interrogation scenes was tough.”

Lharby discloses, “It was easier to get under my character’s skin after we went through military-style training!”