Parenthood will have to wait | Inquirer Entertainment

Parenthood will have to wait 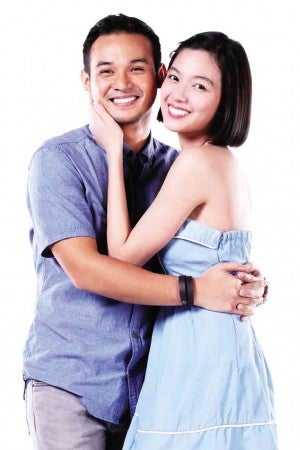 ALWYN Uytingco and Jennica Garcia plan to travel and enjoy each other’s company.

Show biz couple Alwyn Uytingco and Jennica Garcia, who announced recently that they were already married, said they were not planning on having a baby at the moment.

“I hope to enjoy our marriage first as much as possible. We want to spend more time with each other and travel,” Garcia, daughter of actress Jean Garcia, told reporters at a recent press conference for TV5’s second batch of “Wattpad Presents” weeklong miniseries.

“Gusto ko, ako muna ang i-baby ni Alwyn before we have a real baby,” said Garcia, who is top-billing the small-screen adaptation of the Wattpad novel “DyepNi,” which premiered last Monday, with her husband. “This is the first time Alwyn and I are acting together in a TV project.”

After four years of dating, Uytingco, 26, and Garcia, 24, finally decided to tie the knot “secretly” on Feb. 12 at the Victory Greenhills kids church in San Juan City.

The ceremony, which Uytingco described as “small and intimate,” was attended by only his and Garcia’s families and close friends.

“I just felt that it was the right time to get married. Age wasn’t really an issue; what really mattered was our bond and faith in God,” said Uytingco, who proposed to Garcia in April last year. “We’ve grown to love each other more.”

They could have asked their parents for money for a bigger wedding but Uytingco and Garcia opted not to, saying they wanted to be more independent. “We didn’t want to burden our parents,” Uytingco said.

Although the couple had been raring to share the news with fans and the press, Garcia said they just did not get the chance to do so together because they were from different networks.

Uytingco is with TV5 while Garcia, now a freelancer, used to be a GMA 7 contract artist.

“It’s so hard to talk about marriage alone. We also didn’t think of holding a press conference to make the announcement because we’re not really big stars,” Garcia said, adding that her mom was very supportive of her relationship with Uytingco.

Asked if they wanted to have a grander second wedding ceremony, Garcia said, “I just wanted something simple and I’m happy with what Alwyn and I had.”