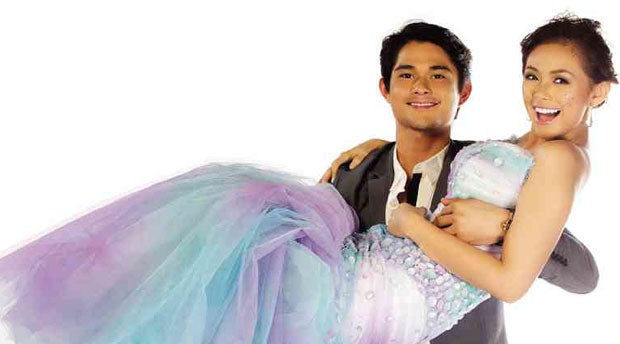 “We’re always on the lookout for possible new programs. And during a brainstorming session with the creative team, the idea of making miniseries out of Wattpad stories came up. Light dramas, romantic comedies—that’s what we’re gunning for,” Galvante, chief content officer for entertainment, told the Inquirer in a recent interview.

“Almost a Cinderella Story,” which stars Eula Caballero and Carl Guevara, will start its run Monday night. “This project has also allowed me to cast some of the network’s fresh faces,” Galvante said. “In preparation, our young actors underwent various workshops under Leo Martinez and Mac Alejandre.”

Allen Lau, Wattpad chief executive officer and co-founder, flew to Manila last month to sign contracts, which give TV5 the rights to affix “Wattpad” officially in the program title.

Wattpad, which allows amateur writers to share their works for free, reportedly has around 30 million users—5 million of them Filipinos. The popularity of the platform has inspired various publishing houses such as Psicom, Life is Beautiful and Summit Media to pick up well-loved titles and turn them into books.

With thousands of readily available titles, selecting stories that would lend itself well to TV was a painstaking process. TV5’s writers take turns reading and studying hundreds of books. Publishers are contacted after stories have been chosen.

The executive said “Wattpad Presents” was a way of helping aspiring young writers, too. “It would be great for them to see their works as teleplays,” she said.

She assured viewers that the creative team would produce faithful recreations of the stories. In-house writers, she said, coordinate closely with the authors.

She added that viewers who are not Wattpad fans would still be able to appreciate the program because of “good execution.”