‘Voice’ finalist in town; Basil looks up to Bennett

“There was something about Adam. He understood me. He was the right coach for me… He’s one of my most favorite people in the world.”

The 20-year-old Grimmie is in the country for the first time for a two-day performance which started yesterday at the Alabang Town Center and Glorietta Mall. Tonight at 7 p.m., she will perform at the Ayala TriNoma Mall.

“If you love Adam Levine, I tell you, you love him for the right reasons,” she told reporters during a press conference on Friday.

The reality singing tilt coach, who is also Maroon 5’s charismatic frontman, was very hands-on, she said, when choosing her songs.

“He made sure I was 100-percent comfortable with the choice, that it was my preference as much as his. I didn’t know what I was getting into. [Fortunately] he is just the type of person who would discuss things with you, have these conversations,” she said.

Levine was not intimidating at all, Grimmie added. “He is very attractive but I was into how much I would learn from him.”

“When I posted for the first time that I’d be coming to the Philippines, I don’t know what happened, people started liking, ‘faving’ and retweeting my post. It’s amazing to actually be here.”

Grimmie began her career on YouTube when she was about 15, doing mostly pop and R&B covers. She became popular for her cover of Miley Cyrus’ “Party in the USA.”

“These days, it’s extremely convenient to start on YouTube and get your stuff out there,” she said. “People aren’t much into CDs [or] albums [anymore]. They’re now like, ‘Oh, here’s [the] original music on iTunes.’” 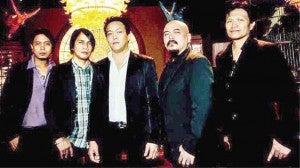 In 2011, Grimmie released her successful EP titled “Find Me,” followed by her debut album, “With Love,” which reached No. 3 on iTunes. Since then, she has toured Canada and the United States with Selena Gomez and opened for Gomez’s “Stars Dance” tour.

“Selena Gomez is not a diva; she’s not like that. When she walks into her dressing room, she invites you in,” Grimmie said, adding that Gomez even called to congratulate her after her triumph in “The Voice.”

Before the show, she had performed with Taio Cruz at the 2011 American Music Awards (AMA) preshow and hosted behind-the-scenes segments of the 2012 “American Idol” tour for 19 Entertainment’s YouTube channel.

She was the AMA New Media Honoree for best female in 2011. The show was attended by high-profile supporters, singer Justin Bieber and rapper Li’l Wayne.

Grimmie said Levine taught her a lot about perspective—specifically, how to think differently when approaching even a familiar song. “He is so funny,” she said. “He is the same off- and on-camera.”

Levine, she said, promised that he would sign her to his record label 222 Records, regardless of whether she won or lost in the competition. He did.

Basil Valdez sings because he loves it.

At this point in his career, Basil Valdez, in the business for 44 years now, no longer worries about scoring hits or receiving awards—he’s had plenty of those, surely. He still sings, Basil said, simply because he loves it, and he hopes to continue doing so for as long as his voice allows him.

“I just enjoy what I do and I continued to be challenged by it. Watching people sing along with me fuels me and makes me happy,” Basil told the Inquirer in a recent interview. “I used to get nervous before I release a new record or song—not anymore. I can’t ask for anything more.”

Although he feels that he has nothing left to prove, Basil, 62, believes there are still many things he can improve about his singing. “I try to find new ways to make the most out of my voice. Recently, I learned a new vocal placement that allows me to sustain notes longer,” he related. “I also think I can do a better job at interpreting songs.”

Basil said that he would love to follow in the footsteps of the great Tony Bennett who, at the age of 88, remains active in the circuit, going on tours and releasing new albums. “Obviously my voice will be different in 10 years so I want to take care of it as much as I can,” he said. “Tony Bennett’s voice isn’t as good as it used to but people still love him. I want to enjoy that same impact.” 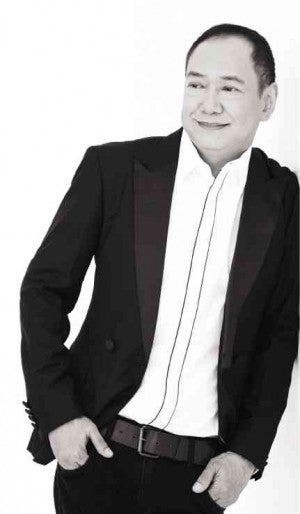 THE SINGER finds new ways to improve his voice.

“I’ll stop only when my voice finally gives out,” said Basil, who was so popular back in the 1970s and 1980s, that his clothes would end up being torn after being mobbed by crazed fans at his album launches.

The veteran balladeer has been raring to work on a new, all-originals album for quite some time now. However, he has yet to find material that truly speaks to him. He admitted that he has trouble connecting with songs written by new composers who tend to work better with a more colloquial approach.

He’s a stickler for poetic, vibrant lyrics and perfect, sweet-sounding rhymes—a bit of a “purist,” if you will. After all, Basil has grown accustomed to the works of such celebrated songwriters as the late George Canseco and Ryan Cayabyab, who gave him “Salamin ng Buhay” and “Paraisong Parisukat,” respectively, and a lot of other OPM classics.

Basil, who started out as a folk singer in the 1970s, recalled one of Canseco’s bouts of meticulousness after they recorded the hit song “Ngayon at Kailanman”: “He badly wanted to changed the words, but it was too late. ‘Sa bawat araw ang pag-ibig ko, sa ’yo liyag / Lalong tumatamis, tumitingkad’ is not a perfect rhyme. George said it should have been, ‘…sa ’yo, hiyas / …tumitimyas’” Basil related.

He said that he does appreciate the talent of newer artists—he has heard the songs of Aiza Seguerra and Itchyworms, among others, and found them beautiful and melodic. “I just feel that contemporary-sounding lyrics don’t suit me; I don’t think I can give them justice. Ang mga kinanta ko dati, kaya ko pa ring panindigan ngayon,” he said.

“I also worked with young people in my album, “Basil S. Valdez,” and they all did a wonderful job,” Basil added.

Still, he believes that the right material will eventually come. But for now, Basil said, he will focus on the release of his first Christmas record, which will include traditional holiday songs. “This album is long overdue,” Basil said. “It comes out this October.”

Basil is also set to hold shows at the K-Pub BBQ restaurant at The Fort Strip, Taguig City, on Oct. 10, 17, 24 and 31 at 9 p.m. The OPM icon said he plans to dish out hour-long, all-original sets. “I’ve always loved performing in smaller, more intimate venues because these places allow me to connect to the audience better,” he said. “Fans can expect my hits, ‘Kastilyong Buhangin,’ ‘Hanggang sa Dulo ng Walang Hanggan” and a lot more.”