Gritty reboot for ‘The Equalizer’ 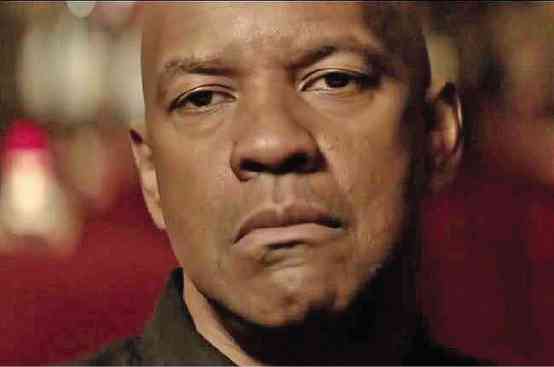 It isn’t wise to cross Liam Neeson, Jason Statham and Denzel Washington because, as their action movies demonstrate, they won’t stop until their foes get their bone-cracking comeuppance. Ask celluloid baddie David Harbour, whose perpetual sneer gets wiped off by Neeson and Washington in “A Walk Among the Tombstones” and Antoine Fuqua’s big-screen adaptation of “The Equalizer,” respectively.

Has Hollywood run out of original ideas? It’s interesting to note that even the seasoned actors’ characters and back stories are interchangeable: They’re former government operatives who’d rather have their violent pasts expunged from their memories. They have the wisdom of Mr. Miyagi, the ingenuity of Angus MacGyver, the butt-kicking flair of Evelyn Salt and the brooding conscience of Bruce Wayne—in short, they’re deadly!

They sit in 24/7 diners reading newspapers or the classics of Ernest Hemingway and H.G. Wells as they contemplate redemption, and realize in no time that there are things they can’t run away from. To atone for their sins, they spring into action—by helping those who can’t help themselves!

Like a modern-day Robin Hood, Washington resurrects Robert McCall, first portrayed by Edward Woodward in his TV incarnation some 29 years ago, who decides he can’t watch idly by as the lives of young hooker Alina (portrayed with soulful vulnerability by Chloe Grace Moretz, the Jodie Foster of her generation) and his other “homies” are on the line.

If Fernando Poe Jr. could take on a battalion of gun-toting, potbellied goons, McCall can singlehandedly shut down the whole east coast operations of the Russian mafia, run by Pushkin (Vladimir Kulich) and his coldblooded henchman, Teddy, chillingly portrayed by Marton Csokas.

Unfortunately for those who get on his bad side, Bob is creepier, because he knows how to put various Handyman tools to good use—especially when it’s time to teach the baddies lessons in retribution and regret!

If the spy friends (Bill Pullman, Melissa Leo) McCall asks favors from don’t give you the creeps, Bob’s aptitude for languages (he speaks Spanish and Russian fluently) is enough to intimidate other Jason Bourne wannabes. With the tricks he keeps springing on viewers, we wouldn’t be surprised if he could also speak Arabic, Visayan or—Aramaic!

Like its seemingly invincible hero, the movie works with clockwork precision—which is what makes its action scenes thrilling. It is weighed down by its hackneyed tale and occasionally ponderous pacing, but its gritty depiction of violence and abuse of authority, as well as Washington’s convincing gravitas, will keep you watching.

You can’t wait to see what happens to remorseless gangsters and corrupt cops when their ineluctable Day of Reckoning arrives. It isn’t a pretty sight!