In detention, but independent | Inquirer Entertainment

In detention, but independent

Being born in prison made this young filmmaker value freedom all the more
By: Bayani San Diego Jr.
Philippine Daily Inquirer / 10:00 AM October 03, 2014 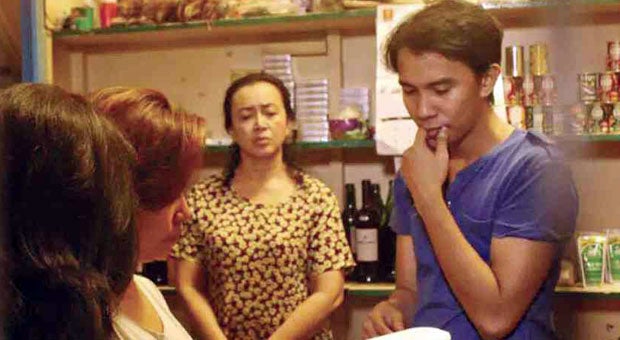 Casually, indie filmmaker Kip Oebanda related that he was born in prison. “My mom Cecilia was pregnant with me when she was imprisoned, with my father Ricardo, in the early 1980s,” he recalled. “My sister Malaya was also born while they were detained in Camp Delgado, in Iloilo City.”

Cecilia was a church catechist during the martial-law years. “She had to go underground following the military crackdown on activists and social workers. She joined the New People’s Army,” Oebanda said.

Although they were in prison, Cecilia made sure that her children’s spirits remained free.

Oebanda recounted: “The camp was a horrible place, but my early childhood memories were full of love and tenderness. My mom would carry me up a tree, from where she would show me the road outside the camp. This made me passionate about freedom at a young age.”

When he was 4, after the Edsa people power uprising in 1986, his whole family, along with other political prisoners, were released.

As a grown-up, he joined his mother in the nongovernmental organization (NGO), Visayan Forum, “which seeks to save women and children from human trafficking.”

Oebanda stressed, “It is a shame that in this day and age, slavery still exists. Numerous Filipinos have fallen prey to syndicates that force them into harsh and inhumane working conditions in various industries.”

He added, “In a world that is fast shrinking because of globalization, we ironically have no idea where the products we buy come from. The clothes we wear and the food we eat may have come from slave labor.”

By making the film “Tumbang Preso,” Oebanda takes his advocacy a step further. “The movie is based on real-life cases; the characters are inspired by actual people,” he said.

Over the years, Oebanda has taken part in Visayan Forum rescues, raids and rehabilitation sessions. “In 2011, we rescued 40 people, with the help of the National Bureau of Investigation and the Department of Labor and Employment,” he said. “They were from different places, but most of the children were from the Visayas and Mindanao.”

In “Tumbang Preso,” his debut film, he zeroed in on the canned goods industry— specifically, on a factory that used children who, with their little hands, packed sardines into small cans. He reported, “Children got injured on the job, sometimes losing their fingers because of the sharp cans.”

He introduced some of the cast members (including young actors Kokoy de Santos, 14, and Therese Malvar, 13), to true-life survivors, those the NGO rescued. “I wanted the actors to 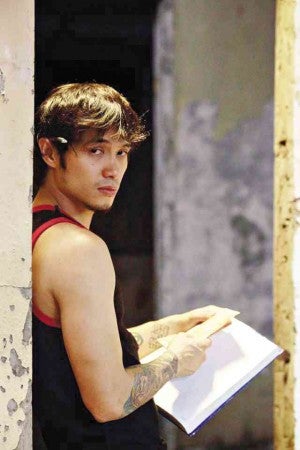 KEAN Cipriano plays a trafficker’s unwitting helper in the film.

know that the supposed ‘victims’ didn’t see themselves as helpless. They were fighters. A lot attempted to escape from their captors,” Oebanda pointed out. “Curiously, the victimizers seemed oblivious to their crimes. I found it interesting how traffickers, like the characters played by Ronnie Lazaro and Kean Cipriano, could justify their actions to themselves. Most of them insisted that they got involved in human trafficking to provide for their families.”

He made certain to show the film to his mom, who is president of the Visayan Forum, and her colleagues. “I wanted to ensure the accuracy of the portrayal of both victims and traffickers.”

Oebanda was nominated for Best Production Design at this year’s Urian, for Siege Ledesma’s “Shift.” He worked as assistant director in Jet Leyco’s “Bukas na Lang Sapagkat Gabi Na,” Best Film winner at the Cinema One Originals festival last year. (Leyco is the cinematographer and Ledesma, the assistant director, of “Tumbang Preso.”)

For “Tumbang Preso,” Oebanda won the Best IFC Pitch at the Manila Film Financing Forum last year. “Among the prizes are a premiere night and exclusive theatrical run in SM Cinemas.” (Premiere was on Sept. 30; cinema run starts Oct. 8.)

The filmmaker feels strongly about remaining involved in social causes, shunning apathy, particularly in these volatile and uncertain times. “I am afraid that the sacrifices of the people who have lost their lives for democracy will be forgotten. Some revisionists are painting a rosy picture [of martial law], a truly dark time in our nation’s history,” he said.

His filmmaking is devoted to telling the Filipino story truthfully, he said. “Human trafficking is one of the most urgent human-rights issues of our time,” he said. “We should all play a part in solving this problem. It happens right under our noses—in our neighborhoods, ports and airport terminals. If we remain vigilant, we can prevent women and children from becoming modern-day slaves.”

Will he ever make a film about his family’s time in prison?

“Maybe in the future, if I am able to develop a rich enough material on the subject,” he said. “This is a deeply personal and serious story for me and I want to give it the research and creative development time it deserves.”