No use bashing her; she doesn’t care | Inquirer Entertainment

No use bashing her; she doesn’t care

Singer-TV host Toni Gonzaga says the constant dose of bashing she gets from netizens no longer gets her goat. When her detractors recently took to social networking sites to voice out 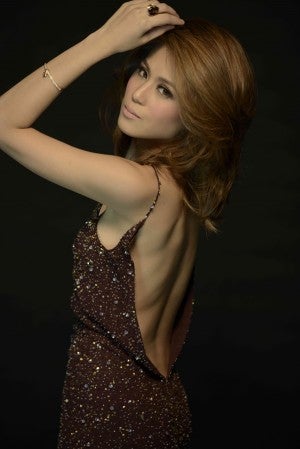 PEOPLE used to tell Toni Gonzaga, to her face, that she wasn’t pretty.

displeasure about Toni being one of the new endorsers of a beauty brand, all she could say to herself was, “It’s nothing new.”

“They’re consistent whether or not I have projects or endorsements,” she said of her bashers, who incessantly tell her that she’s not beautiful enough to pitch for skincare products. “They criticize my physical appearance—from head to toe. I’m used to it.”

The 30-year-old celeb said she understands that dealing with negativity is something she signed up for when she decided to pursue show biz. “I went through worse when I was starting. People would tell me straight that I wasn’t pretty,” she told a group of reporters at a recent press con.

“Yes, there are haters but, to balance things out, there are also a lot of people who love me,” added Toni, who headlines a solo concert, “Celestine,” at SM Mall of Asia Arena tomorrow.

Toni is done wallowing in self-pity. “When I was younger, I wasted so much tears and time harboring pain just because I didn’t get some people’s approval,” Toni said. “I’ve realized that all I had to do was appreciate the things that I did have.”

It helps to have a supportive boyfriend like filmmaker Paul Soriano. Toni related, “He would always tell me, ‘Are we really talking about this? It’s not worth the energy.’”

Asked about marriage plans, Toni said Paul—whom she’s been with for seven years now—had yet to propose. “But I feel that we’ll get there one day. Meanwhile, we can’t even go abroad alone; we need a chaperone, usually my sister Alex. Thirty years old na ako, may bantay pa rin,” Toni quipped, laughing.

Toni, who originally dreamt of becoming a singer, said tomorrow’s concert—unlike previous ones—aims to showcase her musicality. “The repertoire will feature some of my original songs and other tunes that I personally love—not just numbers that are currently popular,” she said.

“We’ll make the songs fit my personality and vocal capability. I want to give the audience not just a show but an experience,” said Toni, who first had a solo concert in 2008 at Aliw Theater. “I’m not as nervous as I was before. I’m better prepared this time.”

Asked why she thought of naming her concert “Celestine”—her real name—the Kapamilya star explained: “Every year a lot of things happen; my world keeps changing, but it never changes me. I’m still the way I am when I started.’”

For this show, Toni is collaborating with concert director Paolo Valenciano, who has so far worked on Sam Concepcion’s and his father Gary’s recent shows. “He’s my personal choice because we’re the same age and we share musical influences,” Toni said, adding that she and Paolo have been doing a lot of research and are open to working with young artists.

Was she worried about filling up a large venue like the Arena? “It’s all up to God. I just have to focus on working hard,” she said.