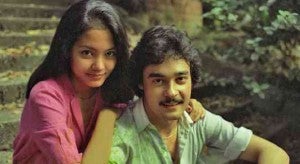 BING Pimentel (left) first met Mark Gil at a fashion show for a department store. But she “didn’t think much” of him because she was dating another actor then. photo: Cesar Hernando

Actress Bing Pimentel’s memories of the late actor (her former husband) Mark Gil and filming Mike de Leon’s “Batch ’81” are nothing if not vivid.

On their first shooting day, De Leon was determined to shoot Gil and Pimentel’s make-out scene in an empty theater.

Pimentel recounts, “We were supposed to be kissing while watching a very violent scene from Stanley Kubrick’s ‘A Clockwork Orange.’” So much for breaking the ice.

Needless to say, the two had trouble in the “heavy petting” scene. She adds, “I was stiff, naturally, because Mark was practically a stranger and it was my first day on the set of my first movie.”

(They had met four years earlier, at a fashion show for Rustan’s department store. Pimentel insists she “didn’t think much of him” because she was dating another actor that time, Roel Vergel de Dios.)

She relates, “After 28 takes, the director yelled ‘Pack up! Mag-date muna kayo!’ (Go out on a date first!) That was the end of the Roel-Bing romance.”

The make-out scene was revised and eventually deleted, Pimentel says, because De Leon thought it made the film look too commercial. “It was one of his many arguments with the producer (Marichu ‘Manay Ichu’ Vera-Perez-Maceda).”

On the second week of filming, Gil arrived on the set with a swollen nose, Pimentel recounts. “Mark said he had an argument with a guard at the Greenhills Shopping Center parking lot and a batuta (cudgel) landed on his nose. Fortunately, the scene required Sid Lucero (Gil’s character) to have a bruised nose.”

De Leon threatened to pull the plug on “Batch ’81” several times. “I pleaded with him a couple of times, shedding tears, not to give up on the film. I think seeing me cry made him 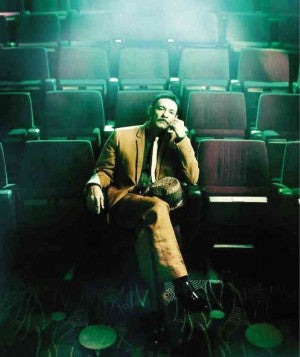 To think, Pimentel says, that she almost didn’t make it to the cast. “My father, Marcial R. Pimentel, Camarines Norte governor and later assemblyman, was very protective. It took a visit from Manay Ichu and Mike to change his mind, but on condition that I wouldn’t have a bold scene.”

Looking back, she says, she would do it all again, and change only one thing:

“I would dub over my boses ipis (inaudible voice). I think I sounded like a cockroach.”

Seriously now: “Today’s youth should watch ‘Batch ’81’ because it’s a Mike de Leon classic and one of the country’s best films. While it may be true that not all fraternities are like Alpha Kappa Omega, this film raises awareness about frats and hopefully will make kids think twice about joining fraternities.”

“Batch ’81” screens tonight, 8:30 p.m., at Greenbelt Cinema 5 in Makati, as culminating film in a Mark Gil retrospective. Today is Gil’s 53rd birth anniversary. He died Sept. 1 due to liver cancer.

Read Next
‘Gotham’ debuts Thursday night
EDITORS' PICK
National COVID-19 vaccination drive gets over 5.3 million people vaxxed so far
This new condo in the South will make you want to turn a new leaf
Pandemic prognosis: Where does it go from here?
Google won’t accept election ads for 2022 national polls
Legarda: Ending Violence Against Women, a cause for all
Smart offers wireless fiber-like speeds to Filipino homes with country’s first 5G Prepaid Home WiFi
MOST READ
Bongbong Marcos to face another disqualification case
Christine Bersola, Julius Babao cleared of cancer after colonoscopy, endoscopy
A Merry Bongbong
Pandemic prognosis: Where does it go from here?
Don't miss out on the latest news and information.