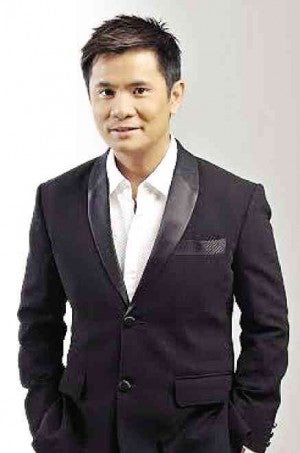 How can I forget the time martial law was declared in 1972? It fell on the day before my birthday. Such timing!

I was just a kid and could not fully grasp what was going on. I just felt so bad that none of my playmates were allowed to attend my birthday party.

Little did I know, my anxiety was nothing compared to the anguish that many people endured after the late President Ferdinand Marcos’ declaration of martial rule.

I am reminded of my Grandpa Nich’s story: When he was a colonel, Marcos was under him. At a party, Marcos saw my mom (the late TV host Inday Badiday) and told her that Nich almost shot him by mistake.

There is also this urban legend about my mom’s colleague, Ariel Ureta, who was supposedly jailed after jesting on his TV show: “Sa ikauunlad ng bayan, bisikleta ang kailangan.”

I’m glad that martial law is over—night owls like myself will not survive the curfew! We’ll all have lives half-lived!

My father, who worked in a government office, begged his children not to join rallies. He knew that having a son who was a radical University of the Philippines (UP) student during the First Quarter Storm would be deathly stressful for a single parent like him. Martial law was a time of fear and division. I had classmates on both the left and the military sides.

A handful of those who went underground died and those who survived now narrate tales of torture. Ordinary citizens like us just made sure to be home early to avoid arrest at curfew (midnight, later pushed back to 1 a.m.) and to shut our mouths. It was as if there was a spy in every street corner.

Big Brother was alive and flexing his muscles noon pa man. I talked to my piano. 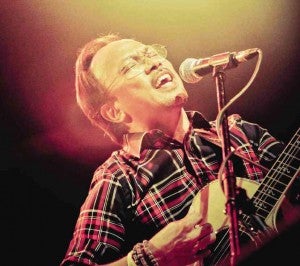 AS A CHILD, Noel Cabangon was forced to sing the “Bagong Lipunan” theme song in school.

I was only 5 at the time. I just remember people rushing to get home to beat the curfew. I don’t think martial law was good for the country—so many people suffered.

I was 8 when martial law was declared. I remember the presence of military vehicles in our hometown (Rosario, La Union province). My mother warned us not to say anything against Marcos. I had no idea what was happening.

We were made to sing the “Bagong Lipunan” theme song in school.

I realized the atrocities committed in that period only when I got to high school in Quezon City. In college, I understood everything. That’s why I became an activist. 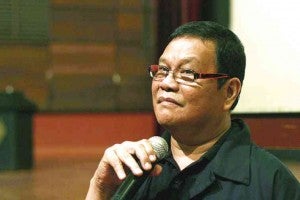 JOEL Lamangan was imprisoned twice for two years during the Marcos regime.

Those were the darkest days of our nation’s history! People were killed, arrested, tortured, imprisoned indefinitely for protesting the death of democracy. I was jailed twice for two years each year for joining rallies. Those were years of living dangerously!

I believe martial law was both good and bad for the country. Good, because we needed a strong leader to run the country. Bad, because of the abuse of power and human rights violations. These are the things I remember about that period: 1) curfew; 2) getting my haircut and being detained in Camp Crame for curfew violation. I had to clean the camp as punishment; 3) the checkpoints; 4) people disappearing; 5) influence-peddling by those in power and; 6) People Power. 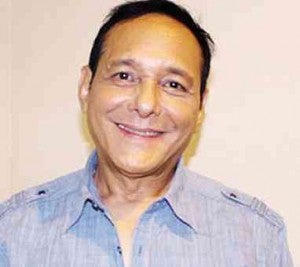 RONNIE Henares was detained in Camp Crame and given an impromptu haircut.

There were good and bad things about martial law. Among the bad things were human rights abuses, disappearances and killings, repression and censorship in the arts and media, unstoppable greed of the people in power and their cronies, and their blatant display of wealth and power.

[But] for people in the performing arts, it was good to have the Cultural Center of the Philippines and Folk Arts Theater, which were well-funded. There were also stage productions at Metropolitan Theater. All types of cultural events and government-sponsored shows were mounted. In a way, the performing and visual arts flourished. And who can forget the midnight curfew! That changed the country’s night life.

I was 8 years old. An uncle with long hair suddenly went into hiding, and a cousin taking up journalism at UP Baguio shifted to English to avoid being branded an activist. Her anti-Marcos books were burned.

School kids like myself were taught the “Bagong Lipunan” song, which I can still sing to this day. We made small Philippine flags from bond paper, crayon and barbecue sticks and waved them along the highway whenever the Marcoses passed by our town in La Union on their way to Ilocos Norte province.

There was curfew and discipline, but also a lot of fear. My dad and some relatives talked about Ninoy Aquino, but always in hushed tones.