More ‘democratic’ ways to get discovered 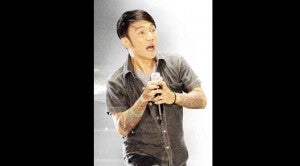 PINEDA. His “blind” gambit paid off

Talent discovery used to be a process controlled by the TV-film studios, which would periodically announce casting calls or talent competitions for unknowns with potential celebrity in their stars. In the ’50s, for instance, Sampaguita Pictures held its “Mr. and Ms No. 1” search, and it launched the careers of Amalia Fuentes and Juancho Gutierrez.

Another way to make it was for an exceptionally lovely or charismatic unknown to visit a movie studio as a fan—and be noticed in the teeming crowd and given an instant screen test, as in the case of—Susan Roces!

A third productive way to stardom was to win a big beauty contest and “graduate” to the movies, like so many of our past and current luminaries—Gloria Diaz, Margie Moran, Pilar Pilapil—they all went the “beauty queen” route (while Megan Young did it “backwards,” going from starlet to Miss World, becoming much more “stellarly” popular in the process).

A fourth avenue to TV-film stardom is reserved for the children and grandchildren of stars, who have used their “family ties” to more quickly launch their own profitable careers—often, to a “generational” extent.

A good example of this is the case of first-generation stars, Eddie Gutierrez and Annabelle Rama, producing stellar progeny like Ruffa, Richard and Raymond, and now Richard has sired Baby Zion, who’s the cutest kid in all creation—and will almost definitely be tomorrow’s top child sensation.

To date, these ways to get noticed have served unknowns fairly well, but the popularity of the social media has made the talent-discovery process even more democratic: All an unknown needs to do now is record the proof of his ability by way of a performance, and throw the “evidence” into the teeming new media mix or “cloud”—and see if public reaction to the video is so strong and “viral” that it makes a star out of the absolute unknown!

Literally thousands of videotaped acts have gone through this new process of elimination, with only the top one percent making enough waves or registering enough “hits” to stand out in the teeming throng, getting studios or recording outfits interested in bankrolling and developing their first efforts.

To date, the most hits (over a billion) have been registered by the “Gangnam-style” performer, Psy. Who would have thought that an obscure novelty singer from Korea could set the new media universe all a-tingle with his audacious and bodacious act, enough to make him an international sensation?!

Also impressive is the achievement of our homegrown Arnel Pineda, who one fine day learned that the Journey band was looking for a lead singer, took a deep breath and put his cover of “Faithfully” on YouTube. It was a “blind” gambit on Arnel’s part, but most fortuitously, Journey’s Neal Schon watched the “evidence”—and was sold on it.

Arnel was asked to fly to San Francisco to audition, impressed Journey’s remaining bandmates with his astutely “Xeroxed” musical performance, and was hired on the spot!

It’s instructive to note that the two “via YouTube” success stories we’ve cited both come from Asia, which generally is underrepresented on the global entertainment scene. In the new scheme of things, regional and cultural boundaries have effectively been erased and literally anybody can become—a new media and global star!