Indies crossing over to the cineplex 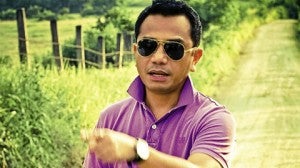 “It’s always good news to see indie films distributed in mainstream cinemas,” said the Filipino filmmaker who directed a remake of his film “Sigaw” (“The Echo”) with Hollywood stars and producers in 2008. “‘Septic’ and ‘Zombadings’ offer proof that indies can cross over.”

Laranas, who crossed the Pacific and bravely ventured into Hollywood, told Inquirer Entertainment that crossing over to the mainstream should be one of the goals of indie filmmakers. What is a film, he asked, if only your relatives and friends have seen it in its life span?

There’s no surefire formula, he pointed out, but there is an audience out there.

He said he wasn’t disheartened by the struggles of “The Echo” and will “do it over and over again—only better each time.” The biggest lesson from his “Echo” experience? “There is no movie unless the camera starts rolling.”

“To stay in the loop,” he said, “I constantly go to Los Angeles. There is one gig right now that I’m waiting for a green light.”

In the meantime, he continues working in the local scene with GMA Films, which produced his last outing, “Patient X,” in 2009 and his latest, “The Road,” this year.

“The Road” took six years to make, he recalled. “The story was very complex to write. I began writing in 2005 and finished it with [indie filmmaker] Aloy Adlawan in the last quarter of 2010.”

Since it’s an “ensemble piece,” he explained, “it’s challenging to create different characters with distinct personalities.”

He described “The Road” as “a composite … of real-life abductions, strange disappearances … and the recklessness of youth.”

In this project, he avoided the usual horror clichés. “I made a conscious effort to avoid scenes and shots we usually see in horror films. No long-haired ghosts or unwanted jump scares. No jokes and comic relief, too.”

Horror, he noted, is “universal” but has touched a nerve among Filipinos.

“We enjoy telling scary stories. We like to get scared and scare other people for fun,” he said.