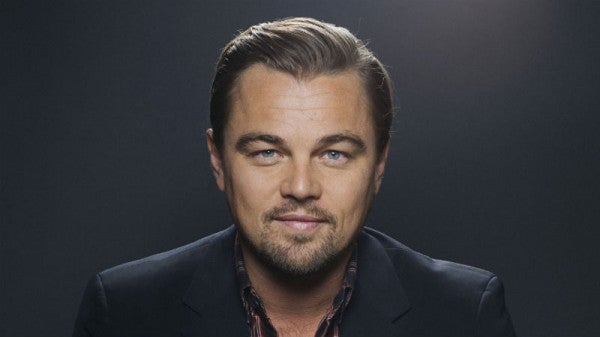 In this Dec. 15, 2013 file photo, American actor Leonardo DiCaprio poses for a portrait, in New York. The United Nations has named Leonardo DiCaprio a UN Messenger of Peace with a special focus on climate change. UN Secretary-General Ban Ki-moon made the announcement Tuesday, Sept. 16, 2014, calling DiCaprio “a credible voice in the environmental movement.” He also invited the actor to the upcoming UN Climate Summit planned for September 23. Photo by Victoria Will/Invision/AP, File

UNITED NATIONS—Leonardo DiCaprio’s movie roles have made him an international star, but his long and little-known commitment to preserving the global environment has led to his new role — as a UN Messenger of Peace.

Ban told a news conference that the DiCaprio “is not just one of the world’s leading actors” but he has “a longstanding commitment to environmental causes.”

He said DiCaprio will focus his UN role on climate change issues.

“His global stardom is the perfect match for this global challenge,” the secretary-general told a news conference.

Ban said DiCaprio’s first act as a Messenger of Peace will be to address the climate summit he is holding next Tuesday on the sidelines of the UN General Assembly’s annual ministerial meeting, which 120 world leaders are expected to attend. Ban said the aim is to promote commitments to curb greenhouse gas emissions and pave the way for a global climate agreement in 2015.

DiCaprio established a foundation in 1998 with a mission to promote the Earth’s last wild places and build a more harmonious relationship between humanity and the natural world. According to the UN, the foundation through grants, media projects and public campaigns and appearances by DiCaprio, has brought attention and funds to three areas — protecting biodiversity, conservation of oceans and forests, and climate change.

DiCaprio said in a statement that he is honored to be a Messenger of Peace and support the secretary-general “in his efforts to address one of the most important issues we face as a global community.”

“I feel a moral obligation to speak out at this key moment in human history — it is a moment for action,” he said. “How we respond to the climate crisis in the coming years will likely determine the fate of humanity and our planet.”

Netizens can’t get over ‘Poor Leo’ and his ‘Oscar’