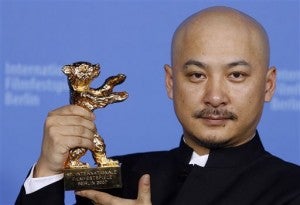 BEIJING — Beijing police say they have detained film director Wang Quan’an on a charge of prostitution.

Police said in a statement Monday that Wang was found with a suspected prostitute several days ago in a Beijing apartment and paid the woman 800 yuan ($130) for the service. Police say Wang engaged in prostitution for three nights in a row.

China is cracking down on prostitution and illegal drug use, with high-profile arrests of wayward celebrities. Last month, police detained Jaycee Chan, son of the movie superstar Jackie Chan, on drug allegations.