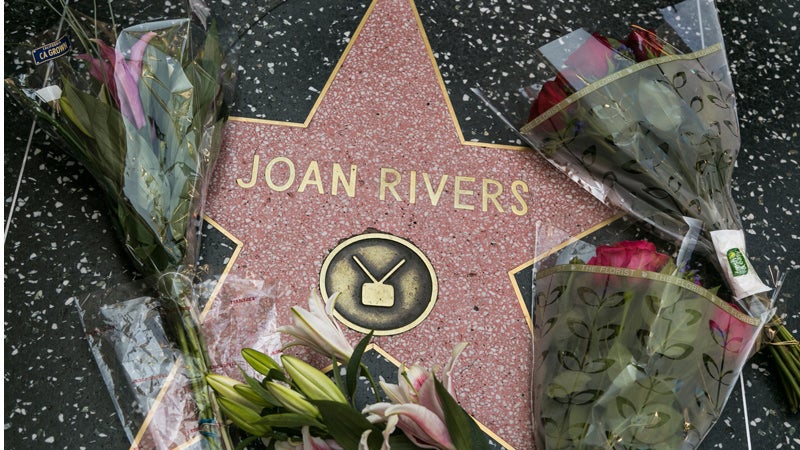 MANILA, Philippines–Hollywood may love her or hate her, but comedian Joan Rivers definitely made a mark in many celebrities’ lives.

Rivers will be remembered both as a trailblazing female comedian and an irreverent host of Fashion Police who did not mince her words when commenting about the stars’ sartorial choices.

Celebrities took to their social media accounts to remember Rivers who passed away Thursday (US time) after she stopped breathing during a medical procedure on her vocal cords. She was 81.

Comedians EllenDe Generes and Kathy Griffin thanked Rivers for paving the way for female comedians like them, while Singers Katy Perry and Demi Lovato, actress Anna Kendrick, model Chrissy Teigen, and rapper Azaelia Banks remembered how at one point in their careers, Rivers made fun of them but appreciated the gesture.

#RIPJoanRivers also became a top trending topic on Twitter in the Philippines and worldwide as celebrities and ordinary netizens paid tribute to STORIFY:

Read Next
5 of Joan Rivers’ top zingers
EDITORS' PICK
Is it safe to talk politics again at family gatherings? ‘The Reconciliation Dinner’ shows us what that’s like
House energy committee chair Arroyo bats for cheap electricity
Pagasa: Warm, sunny Sunday in most parts of PH
vivo’s coming to town to grant wishes with more holiday promos
EDITORIAL: To a bike-friendly future
The Best Tech Gifts For The 2022 Holidays
MOST READ
LOOK: Vhong Navarro transferred to BJMP detention facility in Taguig
The Elephant Man in the Senate
Posh village as ‘shabu’ haven
LOOK: Zanjoe Marudo bonds with Ria Atayde, her family
Don't miss out on the latest news and information.