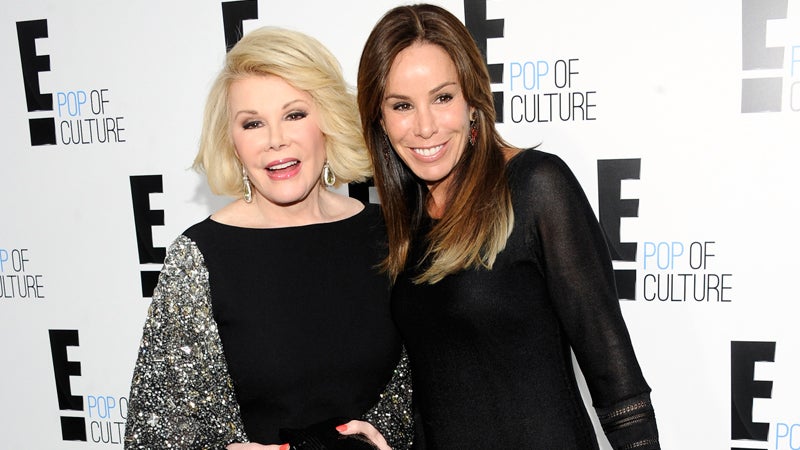 And sometimes the target was Joan Rivers

Here are five memorable zingers by the comedian, who died Thursday at age 81:

—”I’ve never seen a six-month-old so desperately in need of a waxing,” on North West, daughter of Kanye West and Kim Kardashian.

—”I’ve had so much plastic surgery, when I die they will donate my body to Tupperware.”

—”Boy George is all England needs — another queen who can’t dress.”

—”I blame my mother for my poor sex life. All she told me was ‘the man goes on top and the woman underneath.’ For three years my husband and I slept in bunk beds.”

Read Next
Scarlett Johansson and fiance welcome baby girl
EDITORS' PICK
Is it safe to talk politics again at family gatherings? ‘The Reconciliation Dinner’ shows us what that’s like
House energy committee chair Arroyo bats for cheap electricity
Pagasa: Warm, sunny Sunday in most parts of PH
vivo’s coming to town to grant wishes with more holiday promos
EDITORIAL: To a bike-friendly future
The Best Tech Gifts For The 2022 Holidays
MOST READ
LOOK: Vhong Navarro transferred to BJMP detention facility in Taguig
The Elephant Man in the Senate
Posh village as ‘shabu’ haven
LOOK: Zanjoe Marudo bonds with Ria Atayde, her family
Don't miss out on the latest news and information.