I am deeply saddened by the passing of my good friend Ralph Eigenmann or, as he is known by the public, Mark Gil. Like me, he was born in September.

I remember when he and his lovely wife Maricar attended my birthday party at Cerchio Grill four years ago. He teased me that he should have invited his friends, too, so we could have had a double birth anniversary celebration. I always enjoyed our interesting conversations about off-the-record stuff.

Every time I texted him questions for this column, he always found the time to reply. If he was busy shooting, he would text during his break. He usually ended his messages with, “love u friend.”

You will be missed, Ralph. I feel blessed to have known you. You are a big loss to the industry. Your awesome body of work will live on.

Take a bow, my friend! Bravo! You have definitely left your mark! 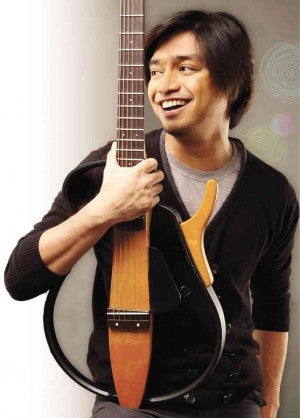 Nyoy Volante was the one who serenaded Heart Evangelista when Sen. Francis “Chiz” Escudero proposed to her in Sorsogon.

“Chiz requested me to sing ‘Lady in Red,’ ‘How Long Will I Love You’ and ‘Marry Me,’” Nyoy recalled. “Heart said yes while I was singing ‘Marry Me.’ After the proposal, fireworks lit up the night sky.”

Nyoy recently proposed to his girlfriend, too. “I made a fairytale book about our love story,” Nyoy recalled. “And on the last page, I attached the engagement ring.”

’Tis the season of showbiz weddings! Wonder which celeb couple will next get the urge to merge and the itch to get hitched?

We had a blast at the Michael Jackson Fans Club Philippines’ belated birth annivesary bash for the late King of Pop on Aug. 30 at Gilligan’s Greenbelt 1. MJ would have turned 56 this year.

Special thanks to Jojo Eugenio for accommodating us; to Pinky of Fernando’s Bakeshop for the fab cupcake tower; and to Charisse Tinio of Nice Print for the photo booth.

The best MJ impersonators, Julius Doria and Jericho Valencia, wowed us with their dance moves. Guji Lorenzana, who is also an MJ diehard, sang “Man in the Mirror” a cappella. Talented Randy de Silva

also impressed us with his rendition of MJ’s hits.

The birthday tribute show for MJ at Resorts World (RW) did not push through. RW had nothing to do with it. According to a source, a certain promoter wanted to mount the concert. But it turned out that he was not authorized by the Michael Jackson estate. So the plan went kaput.

My heart goes out to all the singers and dancers who rehearsed for weeks —all for the love of MJ.

The promoter could’ve at least given the performers due compensation. All he gave them were false hopes. Most of them had to commute from far-flung places to attend rehearsals. Sad that some people are using MJ’s name in vain. Shame on them!

For a change, we will see a different Anne Curtis in Viva Films’ “The Gifted” (which opens in cinemas today). In the movie, she wears a fat suit and plays a rich nerd fighting with her frenemy (Cristine Reyes) for the heart of a hunk (Sam Milby). In their desperation, the girls go under the knife to reinvent themselves. May the fiercest girl win!