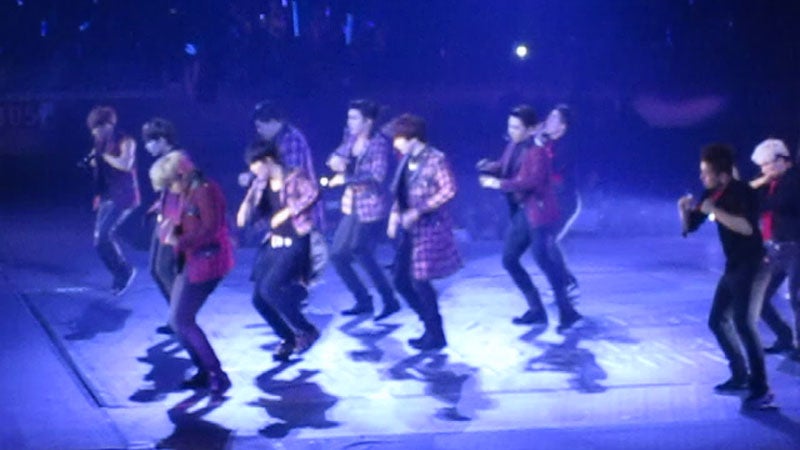 More than two years after announcing they were sexy, free and single, 10 of the original 13 Super Junior members, including the group’s newly returned leader Lee Teuk, are officially back in action with the release of the group’s seventh studio album, “Mamacita.”

Coming more than two years since the release of the group’s previous full studio album, “Sexy, Free & Single,” Super Junior finally unveiled the digital release of its latest album on Aug. 29. Although last year the group released two J-pop EPs, the new album marks the act’s first local release since the single “Spy,” which came out shortly after its sixth album in 2012.

The newly unveiled 10-track studio album features an eponymous lead track, which is said to have incorporated a more masculine feel; and of course with a title like “Mamacita,” the upbeat pop track is meant to have a certain Latin flare.

“The term ‘mamacita’ has many different meanings actually … but in English it can be thought of like, ‘She is gorgeous,’” said Lee, during a press conference with the Super Junior members at the Imperial Palace Hotel in Gangnam-gu, Seoul, on Aug. 28.

“The basic concept of this album is having our musical components and especially, this time around we feel as though we have come back as handsome, real men,” Lee continued. “I think for the past 10 years we have always been trying to tackle the concept of being manly.”

“This time it is true,” Eunhyuk added. “We are back as real men now.”

The members of Super Junior pose at a press conference on their new seventh album “Mamacita” at the Imperial Palace Hotel in Gangnam, Seoul, Aug. 28.

The full version of the “Mamacita” music video was unveiled to members of the press for the first time on Thursday, showing the members in a Western saloon setting, and including short acting tidbits along with the group’s dance choreography.

According to the members, shooting the “Mamacita” music video was particularly memorable because it is the first SM Entertainment music video to have a specific storyline ― each member was given a special role, including sheriff, bullfighter, barber and bartender.

“We are also planning to release a drama version of the music video, so we hope that fans will look forward to that as well,” said Lee.

The newly dropped album has come just one month since group leader Lee was discharged from his mandatory military service. The leader shared that during his absence, he was especially unsure about his part in Super Junior’s comeback.

“I was seriously worried whether or not I could actually do it, make my return, jump back into action,” Lee added, noting that he had a lot of help along the way.

“Next year will mark the tenth year since our debut,” the leader explained. “If you count the time since we were trainees, we have been together with SM for 15 years now.”

However, Lee went on to say that when compared to other legendary K-pop acts such as Shinhwa or g.o.d, “Ten years is nothing, we still have a long way to go.”

In the group’s absence, the members of Super Junior’s younger label mates EXO have made an explosive mark on the K-pop scene, almost instantly becoming one of the nation’s most influential music acts.

When asked whether or not they felt threatened by EXO’s tremendous success, the members claimed that they actually feel quite the opposite.

“Are we worried about EXO stealing our fans? No, fans have their own freedom to choose,” Lee responded. “We don’t feel as though we are in any danger, rather we are very proud … Letting the world know about the great talent that Korea has is more important to us.”

“Both EXO and Super Junior have their own separate paths, so we think of it as a win-win for both of us,” Eunhyuk added.

To mark their return, the members of Super Junior will soon embark on the “Super Show 6” world tour. The group will kick-start the tour with three concerts in Seoul from Sept. 19-21 at the Indoor Stadium at Jamil Sports Complex.

“I think people will be able to see a new side of us through this concert series … the sheer scale of the concert is so great,” said Shindong. “It’s something that can’t be explained, you just have to come see it for yourselves.”

The upcoming world tour also marks a special feat for the veteran K-pop stars, as the upcoming Sept. 21 performance in Seoul will be the international Super Show concert series’ 100th show since it first launched in 2008.