Derek Ramsay confirms he is married and has a son 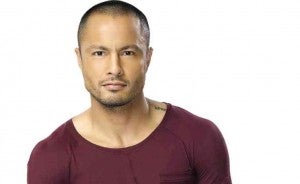 MANILA, Philippines—Actor Derek Ramsay has admitted that he is married and has a son.

In a report by entertainment website PEP.ph, Ramsay in a statement confirmed that he got married to Marie Cristine Jolly in 2002 and that they have an 11-year-old son.

“In the Complaint-Affidavit which is replete with deliberate lies and facts intended to be misleading and deceptive, there are only two things that are true: First, that Mary Christine Jolly and I were married in 2002, a marriage that I was then told, was not valid, for various reasons,” he said in a statement.

“Atty. Joji Alonso (his legal counsel) has subsequently explained to me that the information given me about the status of my marriage, is erroneous and that a marriage unless annulled, remains to be valid,” Ramsay added.

He also bared that he has an 11-year old son named Austin Gabriel Ramsay.

He, however, said it was in the early part of August 2011 that he was able to confirm that Austin is indeed his son.

“Since then, I wanted to know my son first and keep my relationship with him private,” the actor said.

“Austin was just an 8-year-old boy then and he would not be able to comprehend the possible media curiosity about him, especially since he was then new to the country and about to pursue his education here,” he added.

Ramsay broke his silence and issued the statement in response to the cases filed against him for alleged violation of Republic Act 9262 (Anti-Violence Against Women and Their Children Act of 2004) filed against him by Jolly.

On June 27, his estranged wife filed before the Makati prosecutor’s office charges against Ramsay, claiming that she and her son suffered from repeated emotional, psychological and economic abuse during her 12 years of marriage with the actor.