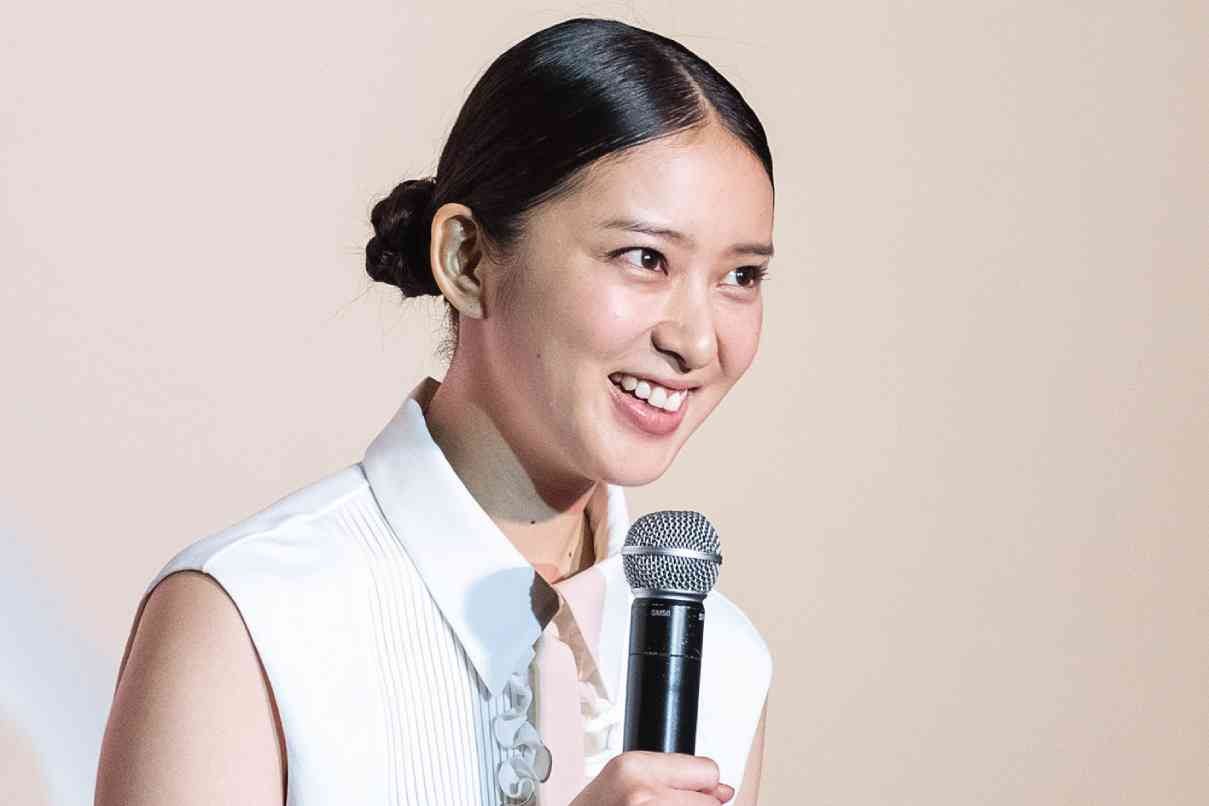 EMI TAKEI thanks supporters at the premiere.JILSON SECKLER TIU

Whenever Japanese actor Takeru Satoh uttered a word, fans screamed his name, never mind that they couldn’t tell what he was saying. The mere mention of Kamen Rider Den-O, his TV persona, brought a wave of cheers from fans, much to the 25-year-old actor’s amusement. 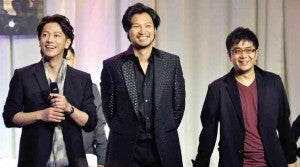 But there was relative silence when he talked about Kenshin, the assassin-turned-pacifist role he is reprising in the sequels to 2012’s “Rurouni Kenshin,” “Rurouni Kenshin: Kyoto Inferno” (opening Aug. 20) and “Rurouni Kenshin: The Legend Ends” (Sept. 24). The live-action films, based on a popular manga and anime adaptation, though featuring over-the-top visuals and dynamic sword fighting, tackle the theme of self-redemption.

The recent press conference in the Glorietta (Makati) Activity Center attracted around 6,000 fans, according to distributor Warner Bros. Asked by the Inquirer about values he learned from portraying the character, Satoh said in Japanese, “People may say just forget the past, move forward and think it never happened, but the fact is you cannot easily forget or diminish [it].”

Director Keishi Otomo shared the sentiment: “I admire Kenshin … he carries [his sword] all the time, a constant reminder of his past; he uses that [to move] forward.”

Satoh, Otomo, and cast members Emi Takei and Munetaka Aoki hit the red carpet earlier at SM Megamall for the “Kyoto Inferno” Asian premiere. Said Takei, who plays fencing teacher Kaoru, Kenshin’s romantic interest, “It was the first premiere I ever attended outside Japan. I was surprised to see such a huge following here. Salamat po.” 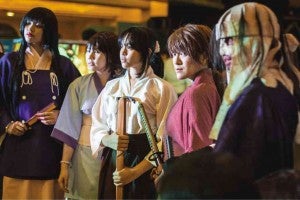 Aoki, whose perkiness resembles that of his character, the streetfighter Sanosuke, said he lost a tooth in one of the fight sequences. Borrowing the Filipino word “astig,” he said he admired his character Sano most of all for being protective of his friend Kenshin.

Satoh said he had lost count of injuries he sustained during filming. His favorite scene, he said, is in “The Legend Ends,” where he faces off with Shishio. “It was the toughest part yet [in my career] … and definitely something you should watch for,” he said. 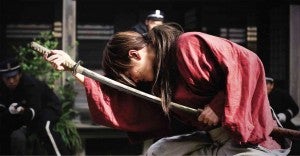 SATOH in a scene from “Rurouni Kenshin: Kyoto Inferno”

The visiting actors hope that the “Rurouni Kenshin” film franchise will pave the way for more Japanese films to be screened in cinemas across the country. But asked if they were fine with Hollywood adapting the source material, the crowd responded with a resounding “Boo!” before Satoh could answer.

Addressing the audience, Satoh said, “Our reaction is the same as yours.”