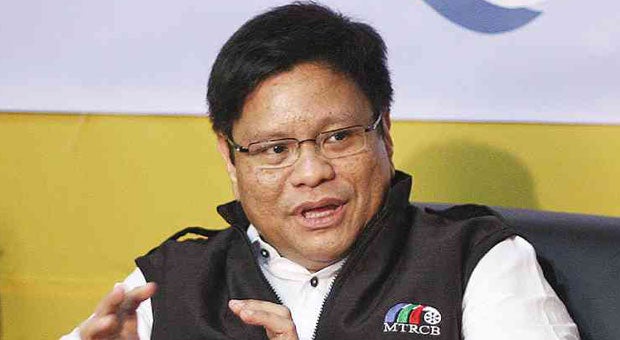 Championing the cause of young persons with disabilities, Movie and Television Review and Classification Board (MTRCB) chair Eugenio “Toto” Villareal was guest speaker at a recent forum on “The Inclusion of Youth with Disabilities in Community Development Programs.”

The forum was organized by the National Youth Commission (NYC), in cooperation with the National Council on Disability Affairs (NCDA) and the Department of Interior and Local Government (DILG).

“I was supposed to just deliver the closing remarks, but ended up giving a full class,” said Villareal, also a law professor at the Ateneo de Manila University. “I could not say no; I am a parent of a differently-abled child. She has turned 21 and is now training to run her own restaurant.”

Villareal’s symposium was titled “Youth with Disabilities and their Portrayal in Media.”

He told the Inquirer, “I am pleased that these government agencies have embraced the board’s ‘Matalinong Panonood Nina Juan at Juana’ campaign.” He cited a similar forum held previously in Bataan province.

In Balanga City, Villareal facilitated a daylong seminar-workshop on the responsibility of parents and teachers vis-à-vis the campaign.” He reported that the city government had embraced the effort as well.

Read Next
‘Flowers in the Attic’ Sordid secrets, twisted terrors
EDITORS' PICK
Duterte not keen on extending term — Palace
Get 80% OFF Ignite 2020 Cyber Tickets starting 28 September
Full operation of more sectors, businesses pressed to spur economy
We don’t want gov’t to fail, because it’s all of us who will suffer and die — Robredo
Smart poised to turn PH into ‘Smart 5G country’ with nationwide rollout
Water remains our saving grace right now
MOST READ
Fernandez: Velasco camp ‘betrayal’ pushes call to retain Cayetano as Speaker
Mayor Treñas tells Locsin: Iloilo City is much better than what you think
Palace: Some cities in Metro Manila eligible for MGCQ
Heat scorch Celtics, reach NBA Finals vs Lakers
Don't miss out on the latest news and information.