‘Shorts’ have come a long way 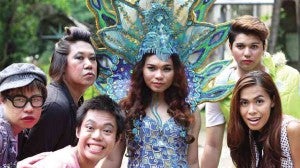 THE CAST of Chloe Anne A. Veloso’s “Ina-Tay”

It would have been far-fetched a decade ago, but in Cinemalaya’s 10th edition this year, some screenings of short films were sold-out. The Shorts section attracted regional artists, students, past winners and professionals from abroad.

The seed of Ralph Aldrin Quijano’s “Tiya Bening” was planted in a local fest in Batangas. “I wrote the story based on that festival’s theme, ‘The Memory is Fleeting.’ It reminded me of my late grandmother, who suffered from Alzheimer’s,” he said.

Quijano shot in his grandmother’s house, not only to scrimp, but for sentimental reasons. “It was quite nostalgic,” he said.

Cinemalaya is a major achievement for him. “For a regional filmmaker in Lipa, having a film shown in the city is fulfilling.”

The trio came up with a film about a gay man who becomes a parent. “We need to move forward from the dark ages,” Veloso said. “No matter how unconventional a modern family is, it is still a family. An LGBT film need not be about oppression; it can also be a celebration.” 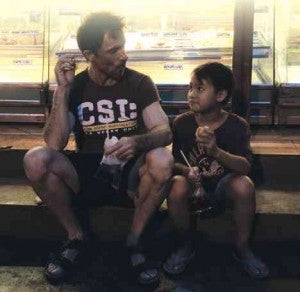 The film was inspired by veteran off-Broadway actor Alex Murphy, Villarba’s acting mentor at the International Academy of Film and Television in Cebu. “He wanted to do a movie that would reflect the local spirit and color. He has lived in Cebu for the past five years and truly loves being there.”

Toph Nazareno wrote the first draft of “Eyeball” six years ago, as a requirement in a video production class at the De La Salle-College of Saint Benilde.

The film tackles the perks and perils of online dating, Nazareno said. He worked with producer Carlo Obispo (who directed the New Breed entry “Purok 7” last year). “Carlo pulled everything off and constantly challenged the team to give their best.”

Nazareno is thankful for his actors, Cinemalaya alumni Nico Antonio and Alchris Galura. “Passionate actors like them encourage me to take risks.”

David R.Corpuz’s “The Ordinary Things That We Do” is his master’s thesis at the UP Film Institute.

He sees the film, his “contribution to the discourse on same-sex marriage and LGBT rights,” as “experimental.” 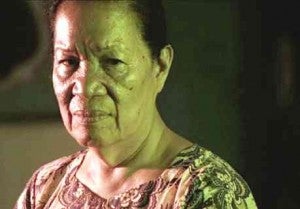 Each of the three segments were shot in a single take. “One mistake meant everything had to be reshot from the top,” Corpuz said, recalling that he was “half-excited, half-nervous during the 15-hour shoot.”

Since Sari Estrada’s “Asan si Lolo Me” was her undergrad thesis in UP Diliman, “I put a lot of pressure on myself.”

She tried to contain the potentially chaotic situation by shooting in a controlled environment, her grandparents’ house in Quezon City. Unfortunately, she had to work with a diva of a goat. “The human cast members were much easier to work with.” Her film is about a grandfather who turned into a goat, a story that “sprang from my inability to understand death.”

Joris Fernandez’s “Indayog ng Nayatamak” won Best Thesis at the UP Film Institute last year. “I wanted to do a film narrated through dance.” He is grateful that no harm came upon the dancers in the film. “They had to dance at double speed, while scenes were shot in slow motion,” he said.

Kevin Ang started tinkering with the story of “Lola” when he was working in an animation studio in Vancouver, Canada.

He arrived in the country last November, and the Cinemalaya deadline was February.

He feels “blessed” to have worked with professional actors Erlinda Villalobos (as a shotgun-wielding grandmom) and Myrtle Sarrosa (as a zombie bait) during the “intense” shoot. 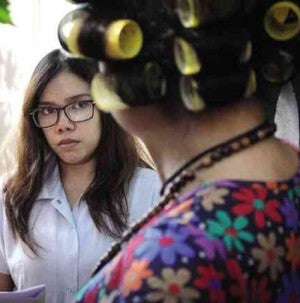 He was shooting the breeze with his brother Heber one night, he related. “I wondered what life would be like if I were blind and my brother, deaf.” The film follows the struggles of differently-abled siblings. “It’s a critique of able-bodied people who choose to be useless,” O’Hara said.

“This is my most daring film,”  Tiglao said. “I wanted to explore the other face of betrayal in a relationship.”

He found the right actor in former beauty queen Maria Isabel Lopez, who plays a bipolar lesbian here. “She is a thinking actress,” Tiglao noted. “She acted as if she had been a lesbian all her life.”

Read Next
‘Hari ng Tondo’ is in the heart
EDITORS' PICK
Metro Manila’s daily COVID-19 growth rate drops to 2% — Octa Research
Over 3 Million worth of prizes to be won at Smart Padala’s SENDali Manalo Promo!
SMDC’s Bloom Residences: A master planned community that cares for your health and wellness
What to expect as Metro Manila starts ‘no vaccination, no ride’ policy on Monday
COVID-19 cases in PH pass 3.2 million mark with 37,154 new cases — DOH
Upsilon, Unilever give ‘real talk’ on climate change crisis
MOST READ
IATF protocols now apply to travelers who arrived on or before Jan. 13
‘Not my loss’: Did Kris Aquino just comment on her breakup with Mel Sarmiento?
Thailand records first Omicron death
Tito, Vic and Joey still not quitting, breaking trends as they celebrate 50th year in the biz
Don't miss out on the latest news and information.